Why Guided Walkthroughs Is Your Best Bet For A Simpler Web Experience!

Home » Why Guided Walkthroughs Is Your Best Bet For A Simpler Web Experience! 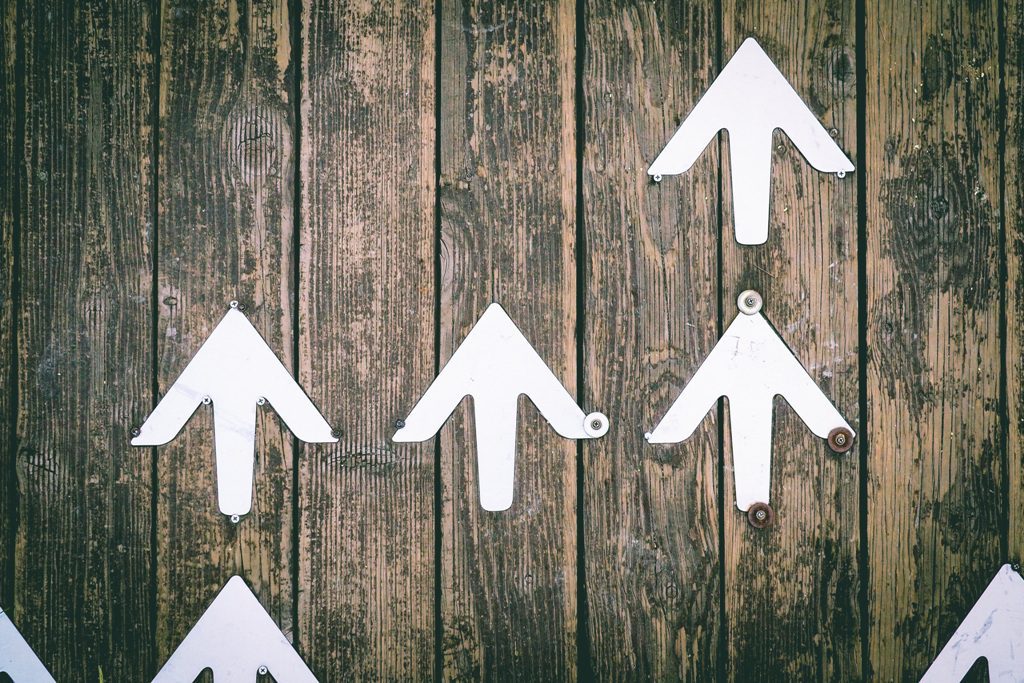 What is it that drives a buyer to buy a web product and remain loyal over a long period of time? Is it the way the product looks? Or is it the way the product solves the problem?
(Give it a few breaths. Think it over!)
If you nodded your head for either of the questions, then I urge you to look deeper.
I agree, your product may have a great design and even a kickass architecture that your customers love. But, have you ever stopped to think, is it because of your product alone that your prospects turned into your valuable customers. Or is it due to something else altogether?
To understand this, you need to go deeper into understanding your product’s core belief.
Once you delve deep enough, you will find the holy grail – The story of ‘Why’ your product exists. The core belief that leads to building the solution for which you are so committedly working. The rationale behind the dedication pouring out of you. And the BIG reason why you have loyal customers who share your fundamental belief.

As Simon Sinek explains in his TedTalk:

As a matter of fact, this ideology is applicable to any company or product and is the key value that makes it or breaks it.
Well, I am putting a stop to the philosophical bit here.
Getting back to the context, in this article I’ll show you the Why, How and What of a nascent emerging product on a similar line.
This technology, had big reasons to exist and ‘the why’ behind it, is a story on its own.
The tech in the spotlight is ‘Guided walkthroughs’ and they were built to make the web simpler, uncomplicated, easy to navigate, and less cluttered.

It has been three decades since websites and web applications started flourishing in our lives. Ever since its advent, there has been one common belief that all the “Internet Gurus” follow – “Make things as simple as possible.” 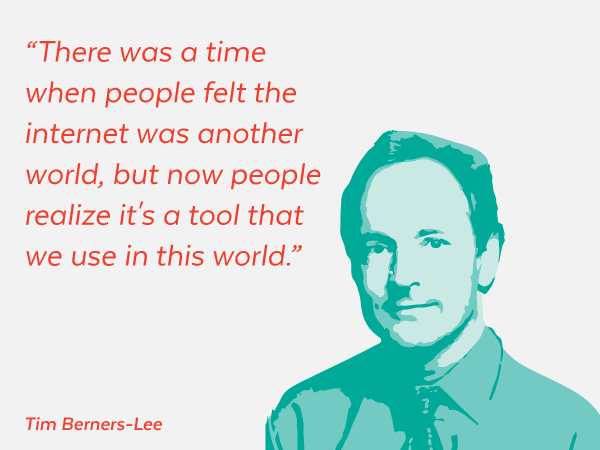 But, there was a catch for this ideology. As the need for solving complexities increased, so did the complexities of the applications built for it.
‘Simplicity’ became more of an over-rated word whose coherent meaning became ‘ease of use’. A more relative term which made better sense became ‘Clarity’. Especially because not everything could be easy to use. So, getting an idea clearly through to the user became more of the priority.
And that became the crux of all the add-on applications which were built for simplifying the complicated web apps.
But, with innovative ideas revolutionizing our world every day, this has become more or less, the new necessity.
Piggybacking on this necessity, guided walkthroughs (also called interactive walkthroughs) were built. Its core belief being, make the web experience simpler and uncomplicated.

How (the process) – Clearer, the better!

Learning nowadays relies on a lot on mimicry. In fact, this is one of the reasons why experiential learning is so popular.
No wonder why hand-holding a user personally through a product is found to be the best way to help him/her learn.
But, if you think on a much larger scale, personally hand-holding each user who signs up for a product, is not feasible at all. This is where guided walkthroughs become a boon.
Guided walkthroughs handhold the users through all the optimal touchpoints, helping them get a better understanding of ‘doing’. It guides the user step-by-step (with contextual help) that allows the user to understand and learn each of the steps, while completing a particular task.  In contrast to the lengthy verbose documents, descriptive videos, and presentations, this technology has become popular as a simple, yet productive alternative.
Let me explain how it works:

Generally, in games, things go wrong, when concepts that should have been explained remain unclear. It might be the smaller things that could be shown when a player starts playing or on a grander scale, the core mechanics of the game itself. If it is not explained, and if the player is not able to figure it out, then the confusion that follows could be incredibly annoying. And it saps out all the fun from the game.
This was the reason why interactive guided walkthroughs, gained much of its initial popularity in games.
Take the popular game ‘Cut The Rope’ for instance. The player is given a guided tour to learn how to play the game right at the start. And this ‘non-intrusive’ guided walkthrough, explains the basic concepts and ensures uninterrupted gaming. 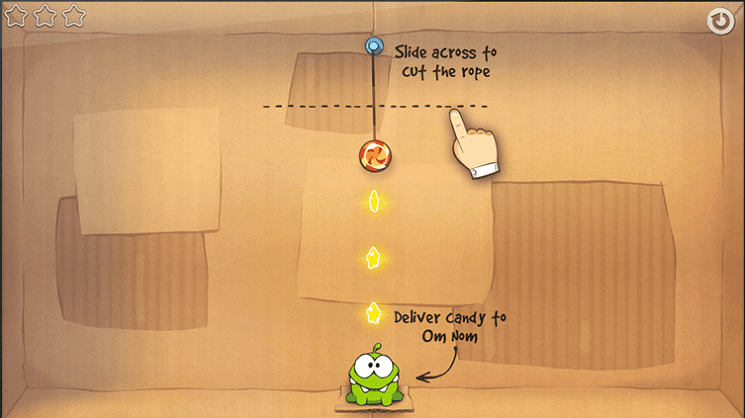 On the same note, when it comes to complicated applications which have a lot of touch points, guided tours and walkthroughs are a perfect fit.

Web walkthroughs are generally different from games, which require a lot of graphic elements. The idea here is to guide the users through an ideal path to help them complete a task, solve a query or learn a process.

Generally, in the form of tooltips, tip-bubbles or pop-ups, they focus on highlighting the element that requires action.
These are just a glimpse of the possibilities of guided walkthroughs. With time, it’s definite that the idea will evolve and work its way into multiple other platforms.

What & Where (the result) – Onboarding, Training, Product Tour And More!

Many designers, who take pride in their work on a product’s user experience, would say that the design is “obvious”. As if that is an objective quality of the design. 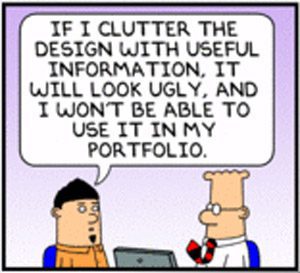 But, it’s highly likely that they don’t think in the perspective of their different type of users. Their users may come from a variety of background, with or without any understanding of technology. And the design may not be as ‘obviously easy’ for them to understand in the first place.
This is where guided walkthroughs streak through!
Guided walkthroughs are highly desired by non-tech savvy users, who rely on the gentle instructions to get started with a product, or clear a pending query on their mind. For the tech-savvy, it may not be helpful as for onboarding them. But it definitely becomes useful when it comes to the discoverability of new features or the likes.
People learn things differently. So, there’s no one right way to do this. The better way to go about it is to try and cover all the bases for each type of a learning style.
On that note, let me show you “the What and Where” of guided walkthroughs.
All the use cases of guided walkthroughs have one thing in common – they don’t rush instead, they can be done step-by-step ensuring effective learning.
Let’s consider the first use case.

When it comes to onboarding new users to a web product, be it the free-trial users or the visitors, discoverability of the product platform becomes the most crucial aspect. Users must be able to discover the key features of the product while being able to understand its overall value proposition.
Guided walkthroughs disguised in the form of onboarding tours is an apt way to do this!
This type of user onboarding experience will be able to guide users through a streamlined manner, covering all the touchpoints that need attention.
Here’s an example for onboarding tour on Salesforce, created using Whatfix:

Whatfix’s interactive walkthroughs help the users perform the important tasks as soon as they are onboard the platform. The best part about the tool is the ease in creation and execution. The average time to create a 10-step walkthrough using Whatfix is recorded to be 5 minutes.

“After reaching a company’s website via a referral site, 50% of visitors will use the navigation menu to orient themselves.” – KoMarketing

On a similar line with User onboarding, training kicks off once the user starts with an in-depth exploration of a product. Widely recognized in enterprises for employee training, guided walkthroughs are used to virtually
hand-hold the users through a process from start to its completion.
This thwarts the need for one-on-one training sessions, multiple training documentation, and videos and eases the process in quick and reliable manner. 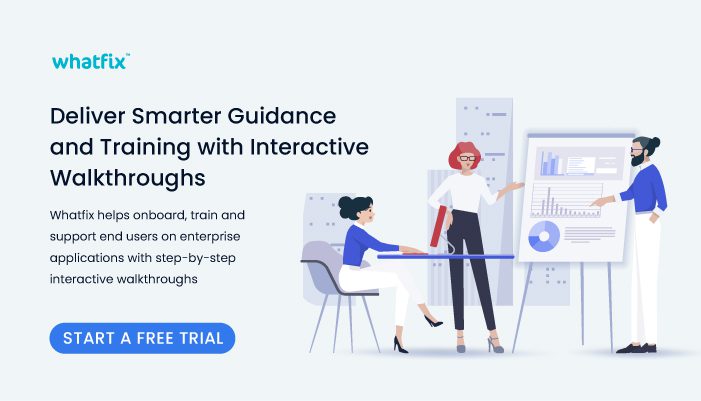 As I said earlier, guided walkthroughs can be disguised in multiple forms. It could be a widget that can be directly launched from any page or a slideshow that can be embedded in a knowledge base or even a URL that takes the user to a live walkthrough.
When it comes to help and support, the ability to transform them into these multiple formats becomes quite handy. It helps in reducing the time and effort of customer success professionals and helps in resolving tickets and queries quickly without much of a hassle.

This is a space that is not explored as much. But I strongly believe that guided walkthroughs are the next generation training manuals for applications.
Training manuals and product documentation itself are awry when it comes to capturing a user’s attention. This may not be because of its quality, but because they are mostly static. Guided walkthroughs could be the next add-on to such static documentation, which instead of verbose sequential steps, takes the user step-by-step in real-time to learn a process.

Smoothening the transition for employees learning to operate a new application or a website is a major requirement in any change management process. With guided walkthroughs, managers will be able to overlay step-by-step instruction that can simplify even the most complex tasks for the users. This helps in maintaining the momentum while the new application is adopted while reducing the time to productivity.
These are few of “the What” of guided walkthrough which is known. But, if you think that these are prominent enough, then imagine how much more can be scaled up for this technology.
A recent quote on user experience by Gartner, boldly predicts the future:

“By 2020, the customer will manage 85% of the relationship with an enterprise without interacting with a human.”

And if this were to come true, it’s highly likely that interactive guided walkthroughs will play a key role in envisioning it.

What do you think about guided walkthroughs for the web? Do you have any conflicting thoughts or interesting suggestions? Do let me know in the comments below!
We at Whatfix believe that interactive walkthroughs will change the user experience of web applications by large. And our customer base speaks for itself, ranging from startups to SMB’s to Fortune 500 companies.
Are you looking for a solution to accelerate user adoption, training, documentation, and support? Well, then I urge you to try us out.

Why Multi Billion-dollar Enterprises Are Adopting Interactive Walkthroughs in 2020