Human Capital Management: What’s In Store for the Future!

Home » Human Capital Management: What’s In Store for the Future! 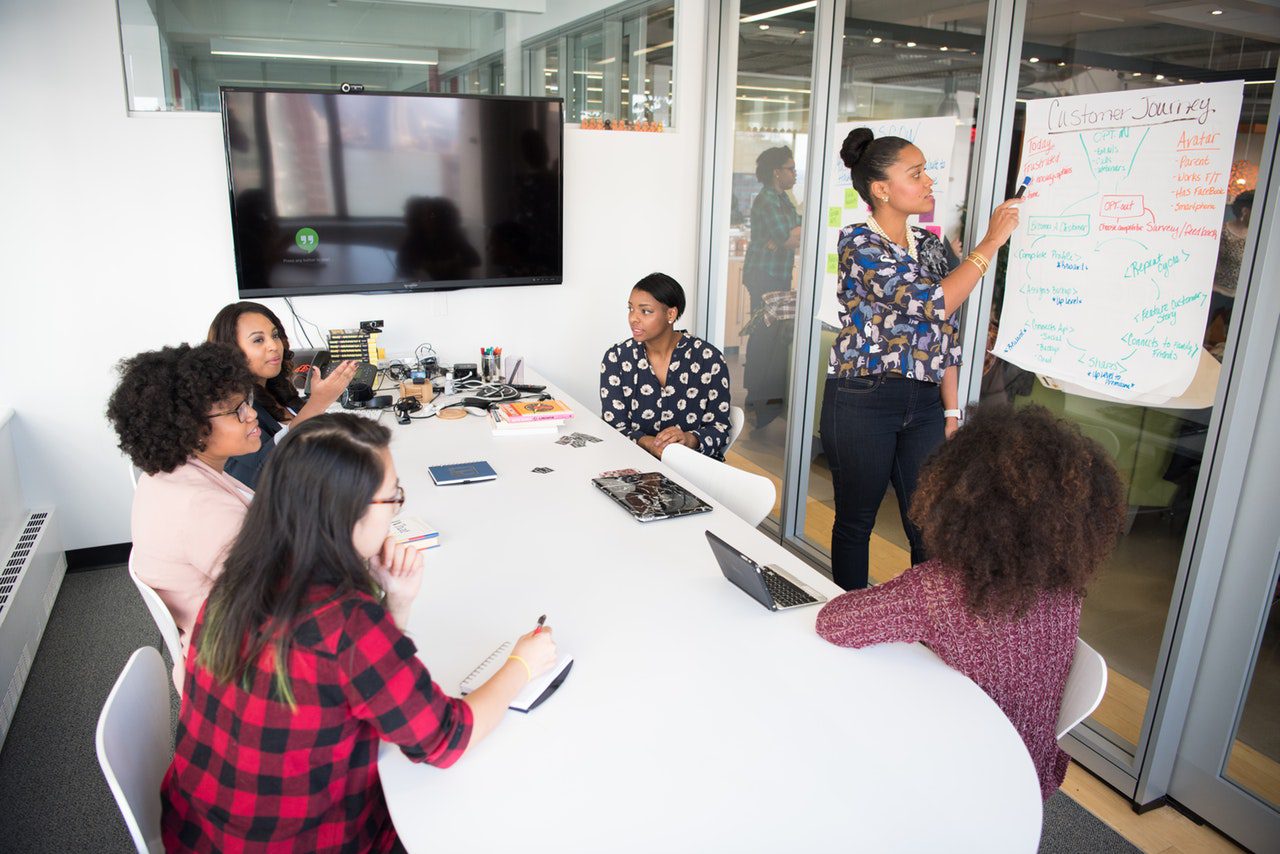 The future is only a function of the present. Even for Human Capital Management, times are beginning to get exciting as the spotlight now shifts towards the people discipline.
Theoretical HCM is turning into widespread practice. Organizations are now able to tie returns, both tangible and intangible, to individual roles and are realizing that big investments need to go towards amplifying the value of talent they possess and maximizing the performance this talent can deliver.
To put it in a cliched way, Human Capital Management is finally arriving.
For instance, in investment firm BlackRock, Inc., which manages $6.3 trillion worth of assets, the functional head sitting alongside CEO Larry Fink is not the CFO, not the Head of Strategic Investment, but Dr Jeffrey Smith, the Chief Human Resources Officer (CHRO). Clearly, BlackRock actually thinks the people that run it are more valuable than the assets it manages.
That says a lot about how the broad future of Human Capital Management will metamorphize to. But then, this is just the beginning. There’s a long road ahead.
HCM or HR, as a function, will be seen not as a cost center but a value center. Human Capital Management will be the one that business leaders realize acts as not just a value center per se but also as an enabler for value generation across the organization.
As this happens, organizations will become all the more pragmatic, the all more scientific and all the more objective about Human Capital Management. That will be a watershed moment, not just for organizations individually but the global economy as a whole.

The Future of HR is Fueled by Business Challenges

It would be incorrect to say that these are turbulent or even uncertain times for businesses. The current economic situation is in a, sort of, flux, so new age companies like Netflix or Tesla have left behind their legacy counterparts.
We keep making the point over and over again, but a decades old company like General Motors still generates less per dollar value that a Tesla. That’s because although both are a part of the automobile industry, both are fundamentally different companies in terms of their business models, outlooks, technologies and so forth.
But, it is interesting to note that while the legacy companies, someone like a Walmart, are trying to transform themselves, are trying to play catch up with new kids on the block. They are trying to appeal to the modern audience.
On the other hand, natively digital companies aren’t having a field day either. Facebook has showed signs of stagnation, Netflix hasn’t had a great recent months either. So, these natively digital companies, whose valuations hit the ceiling based on the promise of the future, seem to be hitting a wall.
Not great news for either group.
Irrespective of whether they are legacy or natively digital, companies of all kinds are running into asteroid belts of business challenges that don’t really have a template solution.
But that doesn’t mean there are no growth avenues. There is always scope for growth but growth in itself is the biggest challenge. The only option here is to fall back on their human assets and spur them to navigate these newer challenges.
Recently, KPMG surveyed about 31,000 business leaders around the world and listed the following four issues most of them were really concerned about:

If you look closely, Human Capital Management has a critical role to play in all the four issues that business leaders are currently facing. Agility in the workforce, talent in the right place, cost dynamics and talent retention against the odds. Clearly, the time has come for the HR function to take the driver’s seat and lead the organization through an uncertain present.

Human Capital Management Will Have To Be Driven By Value Generation

To be fair, Human Capital Management is not the laid back sleepyhead function anymore, that it used to be a decade or two ago. Changing dynamics of the talent markets have forced HR professionals to act faster and become more dynamic. Cost dynamics have also meant that the HCM function was always driven by the objective of cutting costs and saving times.
And it made sense because the HR function has always been categorized as a cost center and the one which just made sure things are in place so people keep turning up for work everyday.
But that’s not enough.
To navigate the asteroid belt of challenges companies face today, Human Capital Management has to do more. Not just ensure that people turn up for work everyday but also make sure that each and every person turning up for work is placed in the most appropriate position and is enabled to deliver his/her best.
Organizations will begin to objectively tie value generation to individual roles within and see if the right people are put in those roles to drive that value and whether they are equipped well enough to drive that value.
At the same time, companies will also start gauging what mitigating actions need to be taken if a certain role is not generating as much value as it should be generating. This could be in terms of training, enablement or anything else that may seem fit.
The big shift would be that companies, in a way, move from measuring just Key Performance Indicators (KPI) to measure value generation from each role.
Over a period of time, organizations would be able to understand the mapping between talent acquisition and talent placement and the value created to see how they need to modify their processes. Obviously, the talent side of the mapping would involve examining human dimensions such as the drive, capability, experience and so forth.
In a way, the whole process is slightly similar to what is already being carried out but the big difference will the amount of objectivity that is added to this analysis and the following decisions. This might, in many cases, be significantly higher investments than that incurred earlier. But the long term returns would be much higher.

It’s a bit of an extension of the value generation to individual roles mapping bit we talked just now. But Human Capital Management decisions will depend on soft skills data to an extent much larger than is being currently done.
People’s suitability to roles will be dependent largely on their subjective characteristics like their patience, leadership quotient, drive, passion, ability to get things done, tenacity and so many other traits. So, organizations will have to start measuring these traits in addition to employees’ technical capability and experience to match them with a particular role.
The key improvement will be the measurement of these traits using multiple methods, be it surveys or more advanced techniques but putting them into active usage.
Not just these, but the engagement factor that an employee has at work, the diversity, the cultural alignment will also come into play in a way so big that they can influence HR decisions and drive processes.
Obviously, when organizations do have access to this kind of data, it will warrant a shuffle of teams so that the right people are in the right place. However, it’s important to realize that this is not going to be a one time exercise. Change will become frequent as people also change, in terms of their traits and characteristics. The challenge will lie in ensuring that change is spaced out as much as possible.

As technology plays an increasingly dominant role in business processes, human roles would be centered much more around problem solving and innovation. The mundane, repetitive tasks can be left to the machines and the software.
Of course, digital adoption holds the key to this process but nevertheless, the thinking aspect of individual roles will increase tremendously as Human Capital Management shifts focus towards value generation.
It may seem contradictory but, sometimes, people without the pressure of a role come up with the best ideas and that’s why organizations will need to support more cross-functionality to foster innovation and generate new ideas. Sales teams might have great marketing ideas and marketing teams might have great product ideas. There needs to be a forum for them to collaborate.
That’s what the big guns like Apple and Google do. They create an environment where most employees have extensive connections to end customers and strategy.

There Will Be Increased Focus on Performance Management and Support

At the top level, as we already mentioned, there will be a blanket shift towards value generation. But at a lower level, optimal performance is also a prerequisite. Which means that after mapping roles with traits, and putting the right people in those roles, there could still be gaps.
Adjacent to workflows and business processes, there must be support systems which help workers achieve and and maintain an optimum level of performance. It is no longer enough to just give people the tools to automate some their tasks.
Like, give sales teams access to CRM and expect miracles in sales. No, that’s not enough. Even advanced tools like AI driven CRM, marketing automation are just basic amenities now. What employees need is the support systems that can help them keep on track.
What these support systems are depends on the scenario or the role but there should be systems whereby employees are enabled to keep their performance levels high. For instance, training is one pretty old scheme that employers pull out all the time. But the approach to end user training has to change in a way that it’s no longer just to for vanity or without a crystal clear idea of what exactly it’s supposed to accomplish for the people.

Individual KPIs Will Evolve With Better Tracking of Actions

Key Performance Indicators. Yes, we all know how they work and you can find a lot of people who will passionately defend the need for KPIs’ existence. But what we will see in the near future is that KPIs will evolve drastically.
For one, a lot of the current KPIs will transform into new ones. For instance, number of bugs may be a KPI for a developer today but that’s going to become an expectation in the future and no longer a KPI. Fewer bugs is not going to be an indicator of performance anymore. The KPI will be something totally different. Maybe for lead generation teams, it’s not going to be the number of leads but the number of warm high value accounts.
At the same time, from a value generation perspective, there are a lot of roles which may not be directly contributing to value generation. Or there will be roles which will probably generate lesser value than others. But the question organizations will have to answer is if that makes them less important roles. And there’s a lot of debate going on around this particular subject.
Leena Nair, Chief Human Resources Officer at Unilever, talks about identifying those 10-15 roles that will generate maximum value, irrespective of the hierarchical position within the organization. Boston Consulting Group’s Jean-Michel Caye and others argue to the contrary saying you can’t isolate a top 2% or 5% and focus on them relegating the rest to a lower level because these secondary positions play critical assisting roles and hence also generate equal amounts of value. McKinsey’s Dominic Barton suggests companies need to find a middle ground.
Either way, it’s going to be a tough challenge to do that.
Human Capital Management is going to be the pivot for organizations in the times to come and companies need to shake things up to achieve better results faster. The first thing that everyone needs to do is to stop doing things which don’t have a clear purpose.
Just throw the vanity stuff out of the window!