Robotic Process Automation (RPA) is kicking in.
Gartner has predicted that, by 2020, almost 40% of all the large enterprises would have implemented RPA in some capacity to automate their processes and workflows. Services firm Genpact says that, as of 2018, more half of its enterprise clients have either invested in Robotic Process Automation or are considering investing in this breakthrough technology.
Genpact may not be the big daddy of software services out there but combine those two numbers and it does seem that there does seem to be a huge interest in Robotic Process Automation as a business driving technology. Gartner believes that RPA will kickstart business conversations around automation over the next five years and that this will be the most important business conversation during the time.
Forrester predicts that the RPA market itself will grow to $2.9 billion by 2021, having been worth only $250 million two years ago. That’s more than 11 times growth in a matter of just five years. By any standard, that’s phenomenal. And the interest in RPA systems is not unjustified considering the tremendous amount of value it can deliver for enterprise companies.
Since RPA isn’t a household name in technology yet, let’s spend a moment here to understand how it actually delivers value for organizations.

Say you are an Accounts Payable Manager working with a company in Spain. And you have RPA implemented in your systems. All your vendor invoices and contracts from across the globe are in the system in real-time and RPA ‘reads’ them for you and flags potential issues which need cognitive judgement. The latest tax-regulation change in Spain is factored into the tax break-down and your bots are programmable to incorporate that without needing any human training. So, no matter the changes in the regulations, it’s business as usual.
Again, according to our industry guru Gartner, Robotic Process Automation refers to “advanced technologies that can be programmed to perform a series of tasks that previously required human intervention.” London School of Economics Professor Dr Leslie Willcocks has a better way of putting it: “RPA takes the robot out of the human.”
So, far the value derivative of RPA has been from the cost cutting perspective. Robotic Process Automation makes high volume tasks cheaper to execute with a higher accuracy. Apparently, processes executed via RPA costs one-third of the cost of an employee within one-fifth of the time.
Ernst and Young has demonstrated that RPA can complete processes that manually took 90 minutes, in about three to four minutes. We’ll come to what the processes actually were in a moment.
So, it isn’t just about making task execution cheaper but also in avoiding huge expenditures that can regularly spring up due in errors, non-compliance, etc. But that’s just Part A.
The more important Part B is about unlocking hidden value and delivering it on a platter.
Dr Willcocks importantly adds that RPA can free employees from rote tasks to do more valuable work that requires judgment. That’s the value center. Getting employees to focus heavily on the strategic, tactical side of business functions, to continuously iterate and experiment, and to expand the ratio of business value to resources.
Companies that are able to achieve these will be the leaders of the coming decades. We have repeatedly pointed out, companies like General Motors are getting disrupted by the likes of Tesla, because the latter generates more value per capita resource. As SAP also puts it, one of the key characteristic of an intelligent enterprise is the ability to do more with less people and less resources.
RPA is going to drive this helping companies become intelligent in the long term. With less resources.

What Does RPA Actually Do?

So far, the most extensive implementation of RPA has been in the financial industry and rightly so because of the amount of the processes and compliance required. Dr Willcocks described a process where financial brokers would write advice notes which would then into a central repository.
But before that, the advice notes would have to be checked for all kinds of data errors and data would have to be standardized. This was a manual process which would take two days for 500 such advice notes. Now parts of this checking process can be easily automated considering the volume of notes.
With an RPA implementation, Dr Willcocks pointed out that the process was being completed in 30 minutes.
Some of the Robotic Process Automation tasks Ernst and Young implemented were checking new accounts and reconciliations, order error checks and recording and so on.

Will RPA Help Your Company Transition into the Future?

Data suggests that almost half of large enterprises have already implemented RPA in some capacity. But then, its the large players that are facing the perils of disruption. The question now is if enterprises are reaping the benefits of RPA, considering that one of the reasons why Robotic Process Automation as a product is growing so fast is its short payback period. In one org, the ROI on RPA was 200% while a equivalent IT solution had a payback period of three years.
The short answer is yes. The caveat, though, is that success with RPA is dependent on the right strategic vision. Of course, that’s true of any new and maturing project.
But, as it stands, it appears enterprises are being very tactical and focusing on their cost centers rather than their value centers. So, they are looking at processes which are repetitive and prone to errors, and adding RPA in there. Surely, it’s helping them become more compliant, be more disciplined and efficient.
Still, that’s only Part A. Most enterprises haven’t got till Part B yet where they use Robotic Process Automation to really unlock value and get employees to become more productive. And, more often than not, this is what sparks the ‘will automation take our jobs debate.’
So, how do you get to Part B?
Well, the key is for companies to be strategic rather than tactical and approach process automation as a workplace technology and not just as a rote tasking cutting tool.

How You Can Use Robotic Process Automation For Maximum Business Benefits

A strategic vision for Robotic Process Automation would be for it to be integrated as a workplace technology. Currently, RPA is the replacement for high volume, low intellect tasks. But the real application could be in jobs where employees have a mix of repetitive and cognitive tasks. Like, sales reps.
Consider this: According to InsideSales.com, sales reps spend more than 63% of their time in non-revenue generating activities. That’s a staggering number. Only if companies could get sales reps to bring this down to something like 40%, there would be so much more value that they can get out of their sales teams. And value out of sales teams is direct revenue.
That’s exactly what RPA can strategically do for enterprises. And that’s one of things Digital Adoption Platforms accomplish by making RPA implementation independent of volume so that companies of all scales and across industries can deploy it.
And, that too, in the tons of repetitive tasks that employees across different functions perform on a daily basis interspersed with more cognitive tasks. Like, sales reps pulling data out of from reports on their CRM, or adding and updating data into it. Selling is the core of their roles, but but the volume of sales folks’ CRM tasks leaves so little time for selling that they hardly excel.
The trick is cut out the clicks from a sales rep’s work. The more the repetitive processes, the more the clicks. The more the clicks, the more time spent in tasks like information retrieval, data entry and so on which have no elements of cognition whatsoever.
From an ROI perspective, RPA at the workplace can give huge returns in terms of the time that employees save as well as the value of that time since it can be used in the more important tasks.

In the age of digital disruption, enterprises need to continuously identify their value centers, the functions which can drive business outcomes and generate business value. And then implement technologies that make these value centers more efficient than they ever were.
It is true that RPA can’t be implemented in the same way as it is in the financial industry, for instance. That’s because automation isn’t being run as a continuous process but is being delivered on-demand when your users need to run a task that can be easily automated.
Digital Adoption Platforms deliver RPA functionalities that can be used by employees on-demand, whenever and wherever they need it, if only for just a single task run. Old school RPA implementers might say the lack of volume burst may impede the ability of companies to obtain ROI on it. Contrary to the argument, the ROI of a new age RPA solution is not in the volume burst but how much time employees spend over their lifetime in direct click tasks.
As we go into the future, the most valuable and profitable companies will be the ones whose employees spend the most time brainstorming, experimenting and executing. All this while getting information on-demand and automating tasks on-demand.
The future is here! 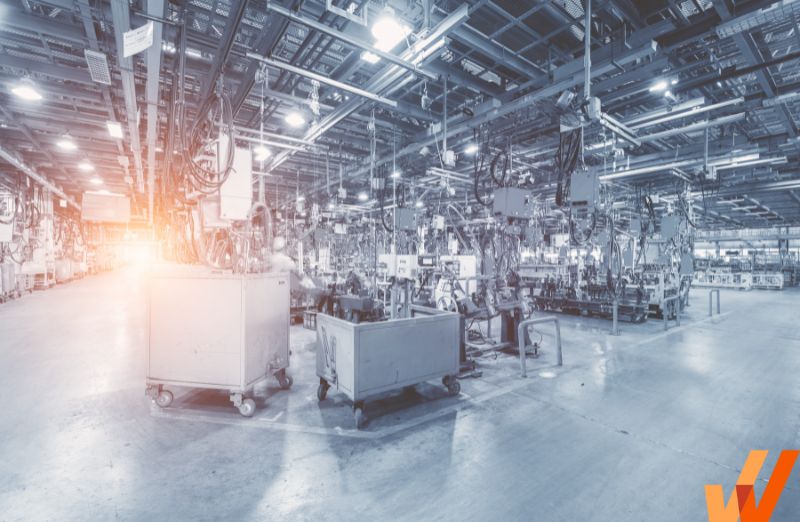 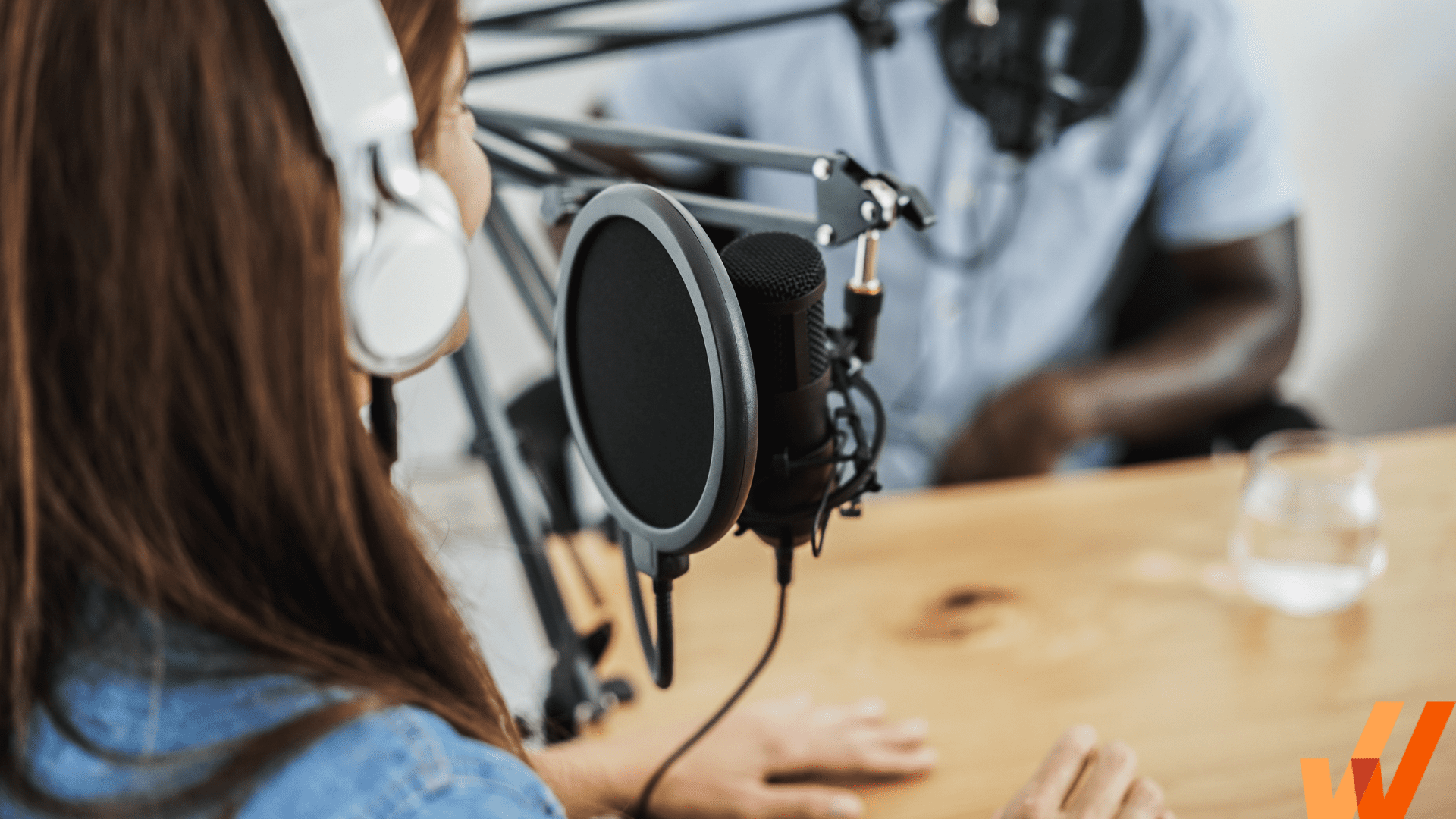 Digital Transformation
What Is a Desktop Application? +Challenges, Use Cases

Sign up for our blog & get our best new content right to your inbox.
The Whatfix blog is enjoyed by over 180,000 monthly readers!