What These 6 CIO First-Moves Tell Us About Digital Transformation 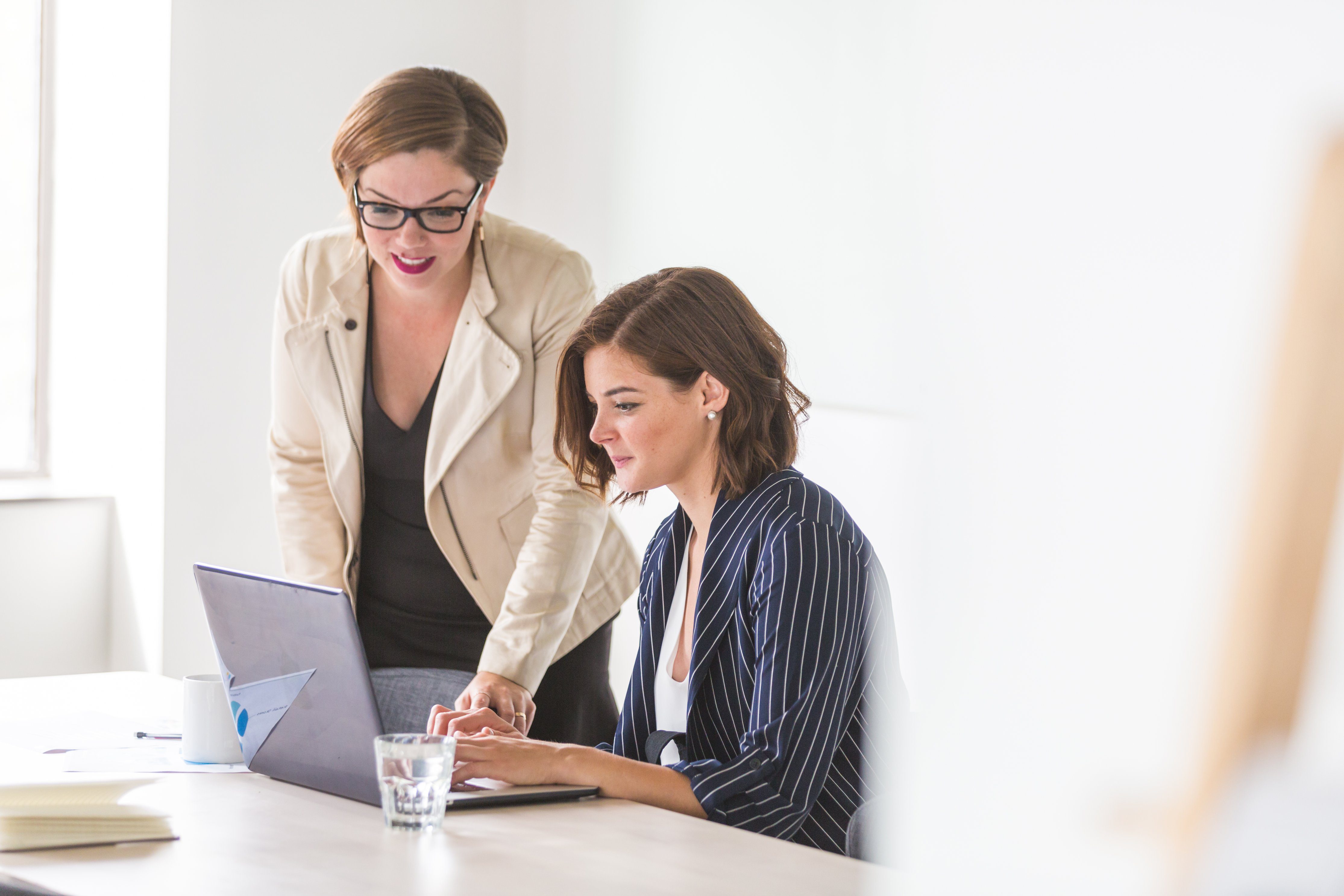 What role do CIOs play in digital transformations?
“Think of the conductor in an orchestra,” said Andrew Wilson, former CIO of Accenture. “The conductor doesn’t play an instrument, just like the CIO doesn’t actually own a lot of the IT that runs our business. But the CIO blends and integrates these things together in seamless harmony and creates something greater than the whole.”
Like a conductor, each move a CIO makes sets up the entire ensemble to harmonize and work toward a common goal. This is particularly true when examining the first steps they take in a digital transformation. Wilson and the five other CIOs featured in this article teach us essential lessons in launching digital transformation initiatives.

Experian Began by Talking to Customers and Employees

CIO Barry Libenson began Experian’s digital transformation initiative by talking to customers about their pain points and asking employees to share their opinions.
Libenson became CIO in 2015 and spent his first few months talking to employees and customers. He worked to understand what customers planned to do over the next one to two years and asked them what they needed to achieve their goals. When he discovered that customers wanted real-time data, he brought his employees into the conversation as well.
In an interview with Disruptor League, Libenson said, “The organizational changes were pretty enormous . . . we need[ed] to physically reconfigure how people were organized. We also needed different skill sets in different places so that required more changes.”
Before deciding how to provide real-time data to customers, Libenson asked employees to share their suggestions for solutions as well as any concerns about changes. Talking to both customers and the team that would create the solution was crucial to the transformation’s success.
As a result, Experian created a strategy that connected multiple cloud solutions such as Amazon Web Services (AWS) and Microsoft Azure, with flexible options for data security.

Libenson’s people-first approach shows how communication can lead to smoother transitions.
Communicate early and involve those affected by digital transformation initiatives to limit resistance to change. Use a variety of methods, such as:

Starting a transformation effort with thoughtful conversations is an effective way to focus on pain points that the people involved can clearly define. Then, you can address them as you work toward your digital transformation initiative.

While CIO of MccKinsey, Wright set out to provide a more personalized experience for customers, he focused on gathering and organizing data. He explained his strategy in an interview with CIO: “Historically, we’ve had a central knowledge repository. Now we are asking: how do we expand that repository to include a much greater variety of formats, like video and audio files, code snippets, and data sets, with better curation and search?”
Wright focused on what data is most important and used a combination of human curation and AI and machine learning to gather and codify it for improved searchability.

Chan of Avnet also used machine learning to compile and analyze data to change the way the sales team priced packages. After putting historical pricing data into machine-learning models, Chan built a new model that could increase profit margins by 10%.
Although the sales team initially stayed in their comfort zone, data won them over in the end. Chan continued to publish data on how using the machine-learning tool could help them boost profits. Once sales agents got on board, profit margins improved.

Stoddard of Adobe decided the company needed to function using a data-driven operating model, which Adobe refers to as DDOM. Her team built a dashboard that reports on standardized Key Performance Indicators (KPIs) in real time, allowing the entire organization to access and leverage the data for every business decision.
Adobe created a single source of truth that allowed its team to analyze product information, customer experiences, and resource planning data. The dashboard became a go-to resource for weekly and quarterly business reviews.

Wright, Chan, and Stoddard’s data-first strategies tell us that detailed research and accessible data fuel digital transformations.
Before you launch your next digital initiative, figure out what data you need to move it forward. Ask yourself what statistics, examples, and KPIs will help you make a case for the transformation. Doing so will prepare you to preemptively answer “What’s in it for me?” (WIIFM) questions for those affected by the change.
In Chan’s case, the data did the convincing for him. What’s in it for the sales team? According to the historical pricing data analysis, the benefit was increased profit margins.
Let’s say you want your sales team to use Salesforce daily. With a data-first approach, you can go to your team with data that will clearly show them what’s in it for them, such as:

When Andrew Wilson moved into the CIO position in 2013, he leveraged his experience working in television to transform how Accenture employees learn.
Wilson replaced company memos with an Accenture TV channel that he described as “bite-sized chunks of media where we can focus messaging that people can configure and look at as a TV channel.”
He explained that it gave employees a chance to view content whenever they needed it. “Video is the common denominator in all human communication,” Wilson explained in an interview. “Visual communication and storytelling, which is what typically happens on video, are the two ways in which human knowledge and history have been passed down.”
He noted that the on-demand aspect was very important to him as well. “Over 130,000 people join Accenture each year, so we do not have time to teach them anything apart from what they need to know.” With Accenture TV, new and existing employees have the option to expand their knowledge on their own.

Digital transformations take time. Instead of spending time on lengthy trainings, let your team consume bite-sized pieces of information at their own pace.
Digital Adoption Platforms (DAPs) deliver short, on-demand instructions via walkthroughs, written guides, videos, and more. Because training is available right within the tool itself, users can learn in the flow of work instead of trying to master a new tool all at once.
Self-paced learning also allows you to focus on essential tasks first but still provide chances to expand knowledge. Not only does it free up time normally allotted for training sessions, but it also empowers your employees to learn when they want and how they want.

CIO Michael W. Smith encouraged his IT team to collaborate with other departments and external talent to broaden their skillsets and experience.
Smith became CIO of Estée Lauder Company (ELC) in 2017. By 2018, he and his team had opened an “innovation hub”—a place for the IT team to work on creative projects and collaborate with people from other departments or outside of the organization.
The space included a retail lab to test in-store tech ideas, which encouraged IT to work closely with people who know more about beauty products or the retail experience. Together, they launched a mobile-first MAC store in Shanghai, China. Customers used WeChat Mini Program to leave product reviews and schedule beauty services. Staff also placed tablets throughout the store that linked to social media platforms and offered virtual try-ons.
The innovation lab also hosts creative events, such as the ELC Hackathon. Smith said the first ELC Hackathon “not only exposed [their] employees to new ways of thinking, but it enabled curious minds from outside the beauty industry to see what [they] do and how much fun [they] have doing it.”

Key Takeaway: Think Beyond IT

Digital transformations affect the entire organization, so share the experience with everyone—not just your IT team.
Give your tech-focused employees opportunities to interact with other departments to share ideas and solve problems together.

When you think outside of the IT department, you create bridges between departments so the entire organization can embrace digital initiatives together.

Thinking about launching a digital transformation initiative in your company? Start with our guide for enterprise organizations or sign up for a demo to learn how our resources can support your transformation efforts.

Getting Digital Government Transformation Right in a Post Covid World

Nonprofit Digital Transformation: Why Prioritise It Now, and What It Could Look Like