Technology Adoption Curve: Traits of Adopters at Each Stage of the Lifecycle

Home » Technology Adoption Curve: Traits of Adopters at Each Stage of the Lifecycle 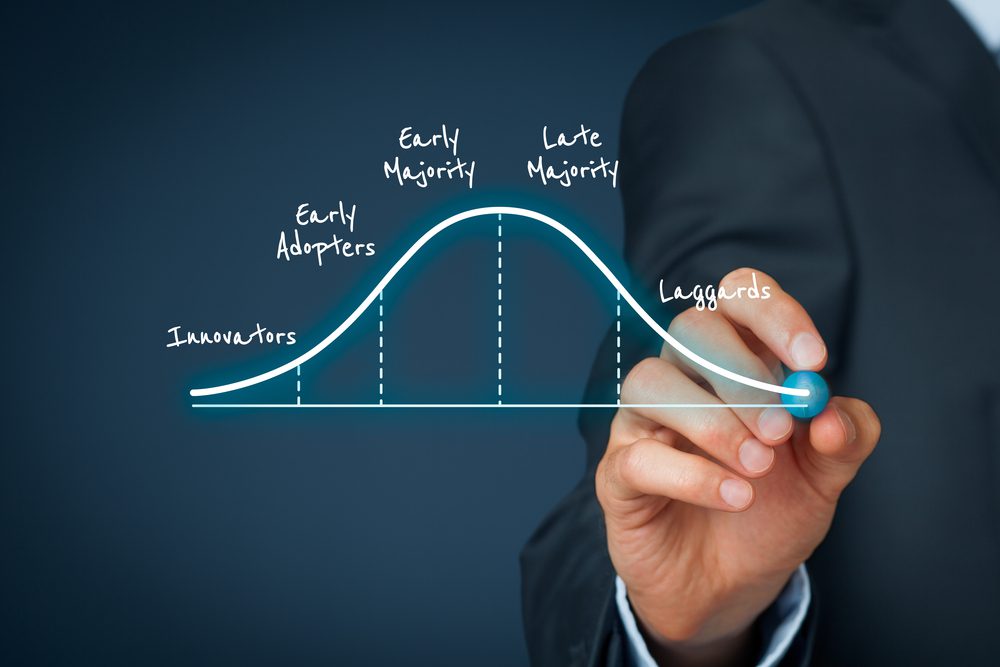 The technology adoption curve describes how different people react to new technology. While there are many adaptions of the original model, Everett Rogers’s diffusion of innovations dives into the characteristics of each of the five adopter categories within the technology adoption life cycle: innovators, early adopters, early majority, late majority, and laggards.
Why is this important for enterprise organizations? Because every time you implement new technology, you have to win over every type of adopter.

If you want to transform how your company works, start by learning how to identify and motivate employees from each adopter category.

Adopter Traits At Every Stage of the Technology Adoption Curve

Innovators: Are Willing to Take Risks

Innovators are those adopters in the technology adoption life cycle who love trying new things and may even be the people encouraging others to try out a new app or tool.
Innovator Traits: Enthusiastic about new technology, willing to take risks
Adopters from this part of the technology adoption curve like going against the grain and trying new things. They’re the first to upgrade their phones or experiment with a tool during beta testing. Because innovators are rarely concerned about failure, they’re very willing to give new technology a shot.
In fact, innovators are often the initiators of change. If you’re the person introducing new technology into your organization, you’re an innovator.

Motivate Innovators by Focusing on the Exciting Opportunity

Although innovators don’t need much convincing, the best way to motivate them is to get them excited about what a new tool can do.
The enhanced Kotter’s 8-step change model is a helpful resource for motivating innovators because the model is built around “the big opportunity.” Every step is designed to encourage your team to move forward. Because innovators are less likely to resist a new tool, they are quick to join what Kotter calls a “volunteer army” — people who enthusiastically support a transformation.
Let’s say you want to use a digital adoption platform, a recently recognized adoption solution, to onboard employees to new software. The big opportunity is being able to save on content creation time, improve user adoption rates company-wide, and increase productivity. Innovators will be intrigued by the tool and interested in how it can improve their work.
Read Also: What is a Digital Adoption Platform?

Early Adopters: Want to Be Trendsetters

While early adopters also tend to be comfortable taking risks, they want to form a solid opinion of technology before they vocally support it.
Early Adopter Traits: Persuasive, willing to work through early bugs and setbacks, concerned about their reputation
Early adopters love being the first to know about new technology. These people are quick to sign up for new social media sites or experiment with a new project management tool just for fun. What separates early adopters from innovators is early adopters’ concerns about their reputation.
While innovators are comfortable failing publicly, early adopters like to gather information and personal experience with technology before they recommend it to others. When asked about new tech, early adopters want to appear knowledgable and trendy, which is why they need to test a tool out before they’ll throw their support behind it.

Motivate Early Adopters by Providing Guides on How to Get Started

Early adopters want to hit the ground running. Give them the guides and training they need to start using a tool and they can become champions for your transformation.
Consider using these adopters of technology adoption life cycle as a test group to work out kinks in implementation. Because early adopters accept small setbacks and issues, they are ideal beta testers. And once they feel comfortable with a new tool, they’re quick to spread the word to others. 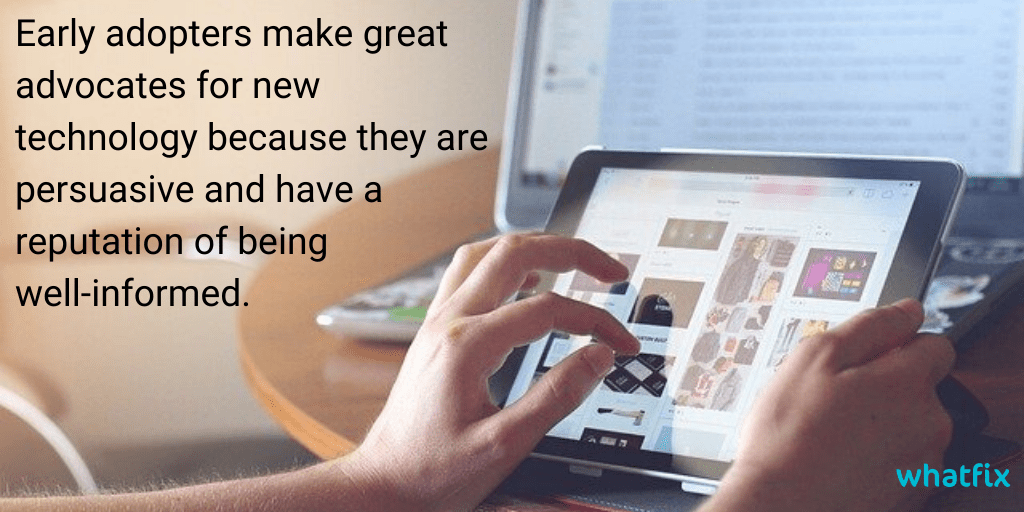 Help early adopters master new technology by providing training in a variety of formats, such as walk-throughs, written guides, and videos. It’s important to address different learning styles and provide self-paced training opportunities. The more knowledgeable early adopters feel about technology, the more likely they are to promote it to their coworkers.

For adopters in this category of the technology adoption curve, you’ll need a pragmatic approach. Go to the early majority with evidence of what technology can accomplish.
Early Majority Traits: Logical, practical, data-driven
The early majority are interested in technology but want proof of its effectiveness. These are the people who scour product reviews before making a purchase, and they quietly test out tools before committing. Case studies and real-life user stories trump generic promises of what a tool or program can do.

Motivate the Early Majority by Solving a Problem

To win over the early majority, you need to demonstrate what problem the technology solves and how it does so. Remember, this adopter category responds to data-driven arguments, so show these users how your solution has solved a similar problem in the past.
For example, if you plan to use a DAP to train employees, the early majority will want to see the facts of the current situation, as well as evidence, in the form of a few other digital adoption success stories, to prove that your proposed solution is the best option. Present a clear argument. Let’s take an example of improving Salesforce adoption.

The key to winning over the early majority is showing that your solution is the most logical choice.

Much like the early majority, the late majority want a data-driven reason to adopt technology. Convincing people in this adopter category requires research and solid proof that the technology is worth their time.
Late Majority Traits: Cautious, logical
People in the late majority do not like to take risks, and they tend to question the need for changes. They are not easily persuaded by trends, preferring instead to watch how changes play out before they get involved. These are the people who hit snooze on software updates for as long as they can, waiting to hear how their peers react to the updates.

Motivate the Late Majority by Showing the Technology in Action

The late majority needs to see it to believe it. At this stage of the technology adoption curve, you’ll need extensive research and proof that the new technology is effective.
Use your innovators and early adopters to show how the tool or software serves your organization. Late majority adopters appreciate seeing how technology relates to their jobs specifically, so turn your early users within the company into vocal supporters of new technology.
Be sure to demonstrate the specific uses and benefits, and prove the value with data. Let’s say you want everyone on the team to download Slack and move all internal communication from email to Slack channels. Generalized benefits like “Slack is faster and easier than email” won’t resonate with the late majority. They want the facts.
Instead, have innovators and early adopters use a tool like RescueTime to track time spent on communication using email for one week, and repeat the experiment with Slack. Then, go to the late majority with productivity numbers from within the organization. They’ll respond better to an argument backed by data, especially if the data comes from people they know and work with. 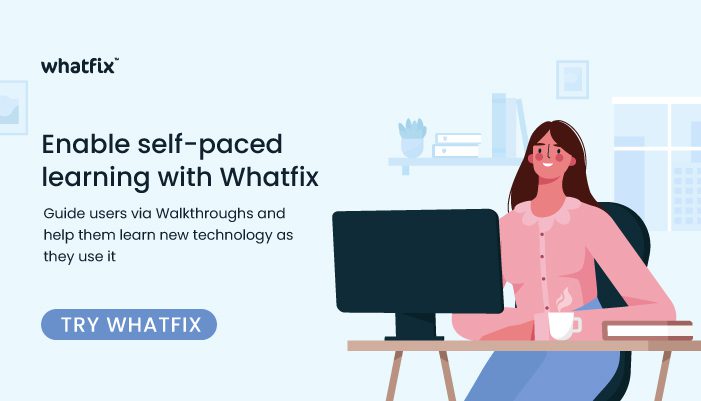 Laggards: Want to Know What’s In It for Them

Laggards are wary of new technology. Before they consider getting on board, they need answers to their “What’s in it for me?” (WIIFM) questions.
Laggard Traits: Skeptical, resistant to change
Laggards prefer the status quo because they know what to expect. They are your most stubborn users — easily frustrated by new technology and quick to give up on a tool that does not immediately make their life easier. When talking to this adopter category, answer WIIFM questions, such as:

Addressing WIIFM questions helps you move past initial reservations so you can focus on convincing laggards to embrace something new.

Combat skepticism by showing laggards how technology has helped other users within the organization.
Use the time that laggards spend avoiding the new tool to gather data from other users. Just like the late majority, laggards want documented success stories from their coworkers. However, laggards aren’t as easily convinced — the aforementioned Slack example would not impress them. Increased productivity is great, but it doesn’t have a strong enough personal benefit to pull laggards out of their comfort zone.
Go to laggards with proof of effectiveness, and put a heavy focus on user benefits. For example, “Using Salesforce helped these 20 sales agents increase their commissions by 15% in just two months” instead of “Using Salesforce will help us respond to leads faster.”

Whether your team is full of risk-taking innovators or stubborn laggards, Whatfix can help you implement new technology that your employees will actually use.
Not only does Whatfix’s digital adoption platform help you create contextual, in-app guidance for a variety of tools, it also allows you to measure the effectiveness of training and adoption to ensure that your software implementation is a success. By tracking how your employees respond to different types of training, identifying areas where users abandon the tool, and gathering feedback from employees in real time, you can continuously improve your approach. Sign up for a demo to see how we can help you win over members of every adopter category in the technology adoption curve.

4 Key Digital Adoption Challenges and How to Overcome Them