Job aids are nothing new. If anything, they have been around for several decades, most notably, at the end of the industrial revolution when workers needed constant reminding of their workflows in order to reduce errors and learn on the job.
We are now in the fourth industrial revolution, as Salesforce CEO Marc Benioff frequently likes to suggest.
Indeed we might be, although, it would be more apt to call it the “Intelligence Revolution.” The intelligence revolution is all about intelligent, automated systems capable of performing tasks that we, as humans, have been doing for years.
Like, sending emails to customers based on an action. Done. Predicting which opportunities are more likely to close. Done. Suggesting stuff a consumer is more inclined to purchase. Done.
What does that leave for us, humans, to do? That’s the fear of the decade, it appears. Well, every wave of automation has cost the world several jobs but, at the same time, has also created a multitude of new roles that require new knowledge, new skills and new a level of mastery.
Alright, so, what’s the deal about job aids? Aren’t they just relics of the bygone era, something which nobody really needs in this age of freely available and freely flowing information?
That’s correct. But, only partially.
A job aid of the yesteryears is an offline checklist or a flowchart or a list of step-by-step instructions useful in a given workflow.
To be honest, nobody really talks about job aids except some instructional designers or training specialists in certain verticals. We were at the ATD International Conference and Exposition recently in San Diego, California and met quite a few training specialists who were still interested in job aids in the more conventional sense.
But that’s a dwindling population.
What use could a $200bn corporate training market have for job aids? Actually, quite a lot, if the job aid is appropriately reimagined and reinvented to suit the needs of the 21st century workplace.

Times are changing. Technology is changing.
And a combination of both is increasingly disrupting workflows and changing how employees go about their work. Workflows are increasingly controlled by intelligent software applications in the cloud though the intellectual direction is still provided by humans.
And that’s not going to change for the next half century.
The quintessential feature of the Intelligence Revolution is that it’s not defined by individual skills anymore but by individual intellect. Which means that expertise in a particular CRM is not a really great skill anymore, it is the ability to use that CRM so as to drive more business outcomes is what matters.
Like we said in one of our earlier posts, software applications, no matter how intelligent, are simply enablers. The employee using that application needs to be the one who is driving the outcomes and that’s not going to change. At the same time, work environments are increasingly becoming connected, integrated and collaborative.
The result of a combination of these factors is that the skills that will be valued the most in 2018 are leadership, collaboration, communication and time management.
And two years hence, in 2020, complex problem solving skills will become the most valuable although it already is a coveted skillset.
Consequently, even learning processes are changing. Employees no longer prefer sitting in a classroom for hours pulled away from their workflows and then expected to implement the training in their application environment. Simply put, they don’t have the time for training. But learning is a requisite and so employees want learning to integrated into their workflows. At least half the employees want learning to be that way, according to LinkedIn’s Workplace Learning Report for 2018.

For Everything Else, There’s Job Aids 2.0

Yes, we just stole the Mastercard tagline. But then, it absolutely makes sense to steal and use it here.
Confused?
The bottomline is that the workplace has evolved to such an extent that an average employee’s workflows consists of two parts:

If your employees got the first part covered, then job aids can easily cover the second base.
The old job aids may not be applicable in the digital workplace of the 21st century. But they certainly are relevant to the modern employee who is most valued for his/her soft skills. Relevant as they are, job aids just need some reimagination and reinvention to become applicable.
And it makes sense too. The average enterprise used about 514 different cloud services across 10 different categories like sales, marketing, productivity, social etc. As such, employees have the pressing need to learn on the go as they use these applications.
True, some of these include apps as simple as Facebook and Twitter that require no learning at all but they also include apps like Salesforce, Workday, ServiceNow etc which do require a certain amount of handholding to get people up and running without losing time in disjointed formal learning.
The concept remains the same. Just that it’s application changes. So, a job aid 2.0 could guide employees on how to get a particular task done inside a software application anytime, anywhere and how many ever times they want.
It could be any task within any web application and employees could be prompted and aided in the completion of that task. After all, the completion of a task is a mechanical process. And thinking that precedes these tasks in the intellectual part. Modern digital job aids could be implemented in a way like this with Whatfix.

A Job Aid with Whatfix

Integration is key to this reinvention as is the case with any intelligent software application in this day and age. Salesforce is acquiring all the applications that sales reps would potentially in order to create the sales ecosystem reps don’t have to move out of. And that’s where job aids 2.0 win hands down.
Job aids of 21st century are integrated with software applications to be available to employees at all times providing a learning experience that conventional methods can’t match.

Though behind schedule by a few years, corporate learning is being reinvented to match the needs and demands of the digital employee. Josh Bersin, in his Deloitte report of 2017, defined the 4 E’s of corporate learning.

According to Bersin, the third and fourth Es, the Experience and Environment, are all about creating an ecosystem where the employee is able to learn on-the-job with learning integrated into the workflows. A dominant part here is played by job aids which along with similar forms of job support and on-the-job learning enablers can create the environment and experience employees need to drive business outcomes.
The definition of learning in the digital workplace is changing. Workplace learning is no longer single disjointed event.
Workplace learning should be a continuous process that should be designed in a way that employees spend more time on what matters the most: solving complex problems that their business faces.
Think about this.
We now have virtual assistants like Amazon Echo and Google Echo that can do so many of the mundane tasks that take so much so time. The point of these assistants is not to do these tasks on our behalf so we may relax.
The point is to save as much time as possible which may then be put into a productive cycle. Then, why not do the same at the workplace?
Why not free a little more of the productive time that employees can use in problem solving? And that’s what job aids 2.0 can do. That’s what will make the workplace smarter than ever.

How to Build an Effective L&D Strategy in 2022 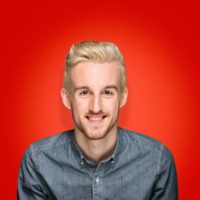