How to Conduct a Force Field Analysis (Free Tool & Template)

But organizational change is inevitable and necessary for business – and having a plan to quickly make and implement business decisions is critical to organizational success.

To drive successful adoption of new initiatives or processes, change agents use popular change management exercises such as a force field analysis to identify roadblocks and pillars of support – and overall shorten the time from business ideation, decision, and implementation.

What is Force Field Analysis?

The force field analysis is a widely used change management and business-diagnostic tool to help organizations gain perspective on the forces at play when you’re trying to make a large business change or decision. This approach was conceived by German-American psychologist Kurt Lewin, the creator of Lewin’s 3-Stage Model of Change, and who is also credited as the founder of modern psychology.

Lewin’s Force-Field Theory states that two sets of forces — called the driving and restraining forces — are always in opposition in an organization. When they’re in equilibrium, you maintain the status quo.

To drive change, you must strengthen the driving forces, weaken restraining forces, or do both simultaneously.

Similar to Newton’s first law of motion, a body remains in a state of inertia unless acted upon by an external force. The same is true for organizations. Orchestrating business change requires external forces, and conducting a force field analysis enables that process. 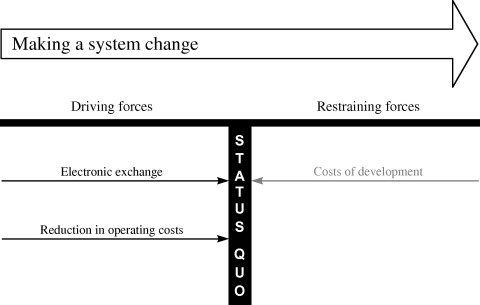 When Should You Use Force Field Analysis?

While the force field analysis is used to diagnose a problem, you can use it to:

How to Conduct a Force Field Analysis

Using this change management tool allows you to visually map the forces for, and against, a change proposal in the workplace or help decide on a difficult business decision.

Here are a few examples of what a force field analysis chart will look like: 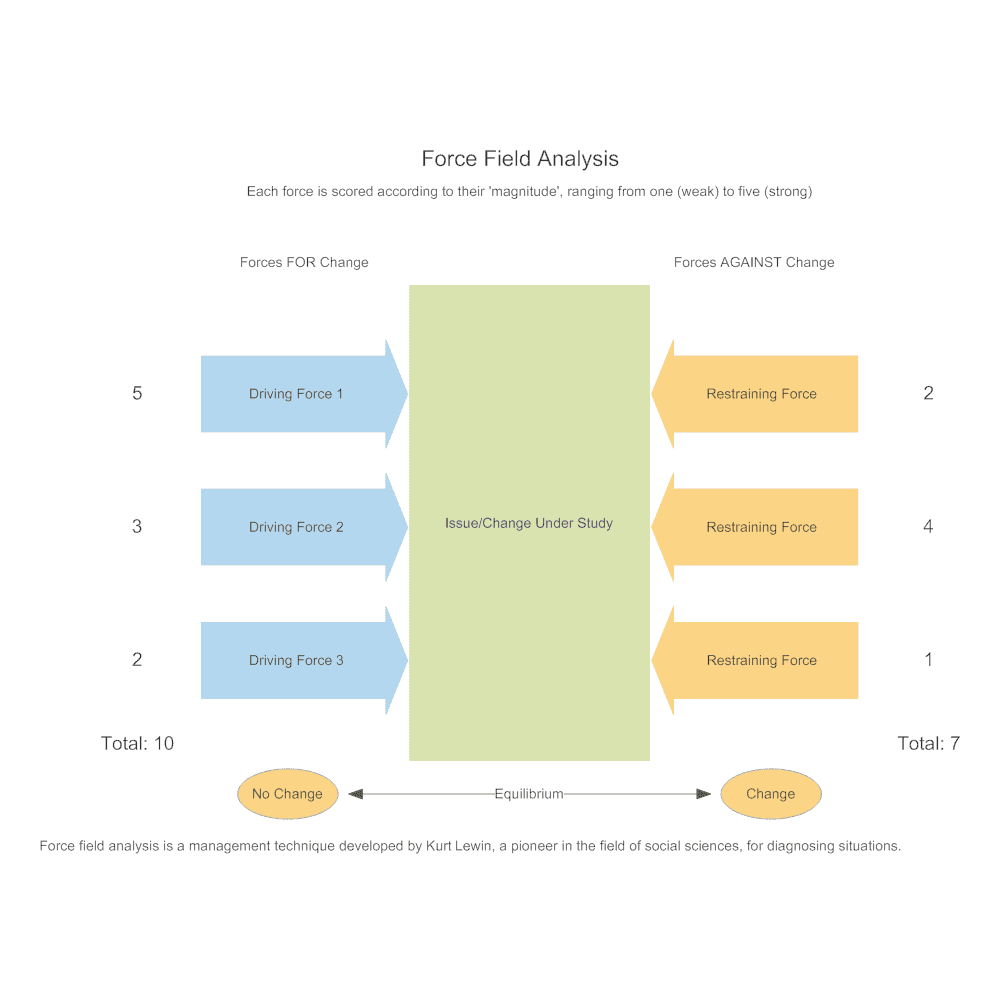 1. Define the objective of your change project

Perhaps you’re trying to implement new software, going through a merger, or have a change in leadership. The first step to effective change management in all cases is defining the expected outcomes.

What do you hope will happen if the organization goes through the proposed change? Write that down in the middle of your force field analysis template. 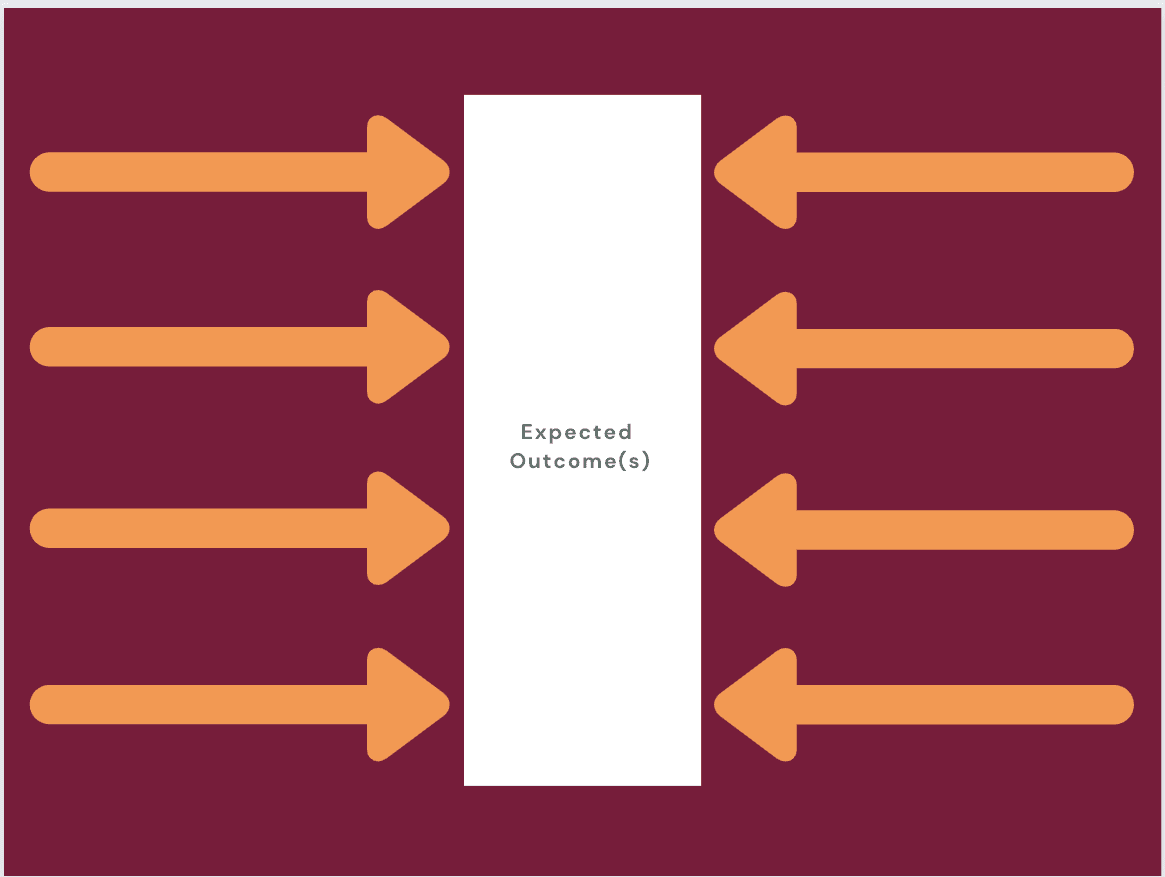 2. Identify and list all driving forces for the change

Driving forces are the factors that will support the expected outcomes you desire. In Lewin’s model, these are considered a positive influence and can be internal or external.

While external driving forces could include:

Think about as many driving forces as you can that would help you affect change and list them down on the left side of your template.

You can turn to your internal team or consult change agents specializing in organizational change management.

Use some of these questions to help you arrive at the answers:

Write as many forces you can think of down on the right side of your force field analysis chart.

At the end of this step, your force field analysis should look something like this: 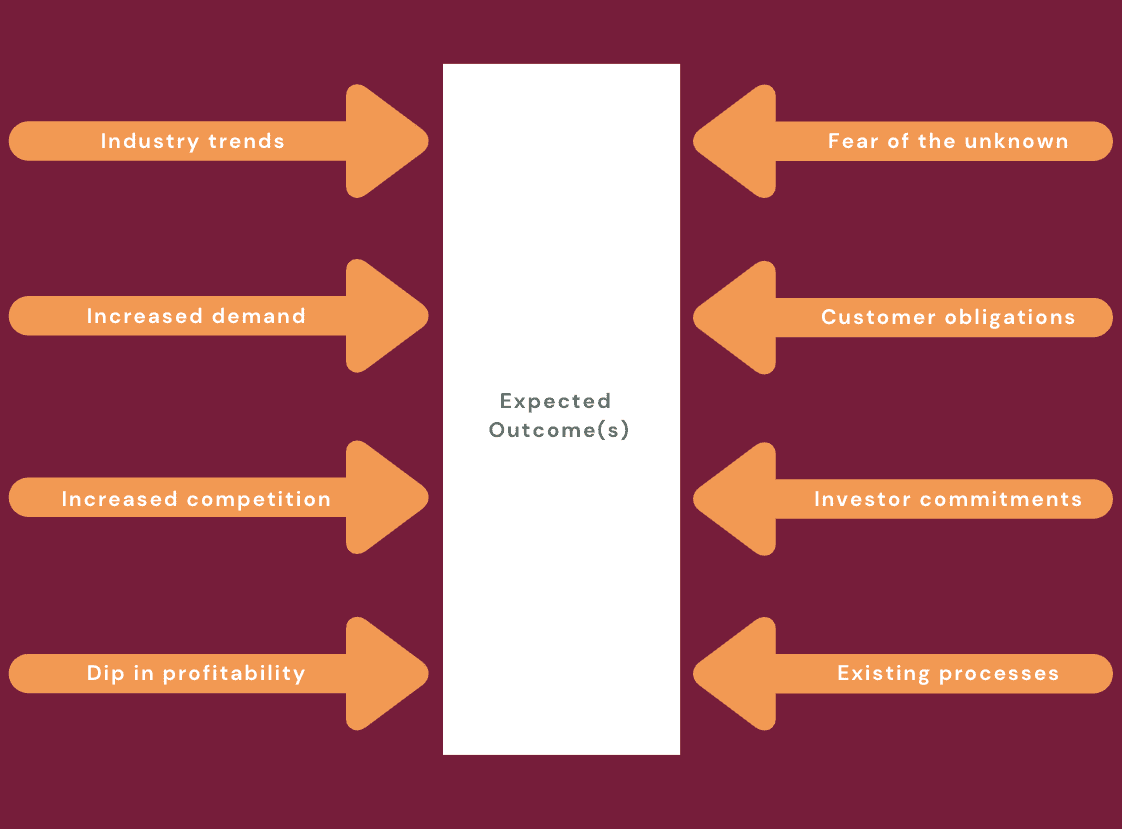 4. Assign each force an impact score

Each force has a varying degree of influence on the expected outcome. To accommodate this, score each individual restaining and driving force a score from one(weakest) to five(strongest) to showcase which forces have the most impact.

You may also rate forces on a scale of 1-10, and choose to leave out forces that are too weak.

Using Whatfix’s force field template, write down each force and the score next to it, and add it all up.

Below is an example of what this will look like: 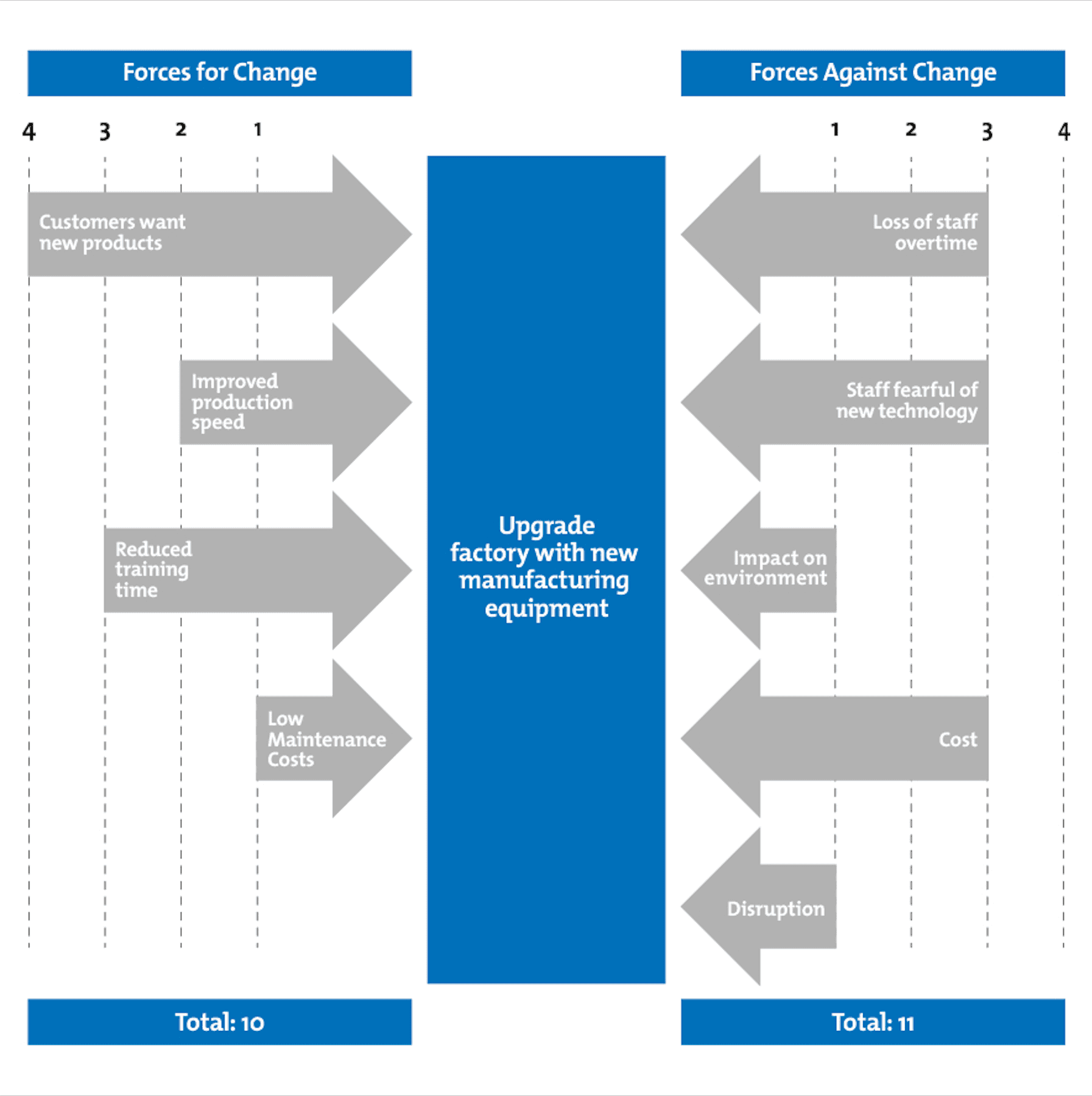 Effective organizational change comes down to making your driving forces stronger, and eliminating or weakening the restraining forces pushing against a change.

Based on your evaluation, you can identify which forces may be weakened and which you can strengthen.

For instance, in the example above, you could:

These solutions help swing the balance in your favor and make change implementations and transitions smooth.

If your proposed solutions cannot help you meet your goals, you may have to rethink your strategy.

But if your approach is viable, formalize your solutions in the form of a change management plan.

Your plan should include:

Change management models are frameworks with specific guidelines that help you plan and implement the change project. Learning these models can help you adopt best practices, so your organizational change is successful.

You can use one, two, or a combination of these proven change management models that have been tested by other businesses and developed by experts.

While the specifics may differ, all these change management models have one thing in common; they’re employee-centric.

Centering your plans around your employees can have a substantial positive impact on the success of your change project. Consider their reaction and feedback to make them a part of the process. Give them a sense of ownership rather than treating them as bystanders.

Note: There is no best change management model because each business has unique needs. By taking the time to understand them all, you can determine which makes sense for you or take elements of each to create your own plan.

✓ Thank you, the template will be sent to your email

Netflix is a prime example of successful organizational change that used Lewin’s change management model to do so.

Founded in 1997, Netflix sold DVDs and rentals by mail with a pay-per-rental model. In 1999, they launched a subscription service that allowed customers to rent unlimited DVDs for a fixed monthly price without late fees.

The pay-per-rental was transformed into a pay-for-use model.

But by 2007, interest in DVDs began to falter. 2 years of declining sales later, the market for DVDs had shrunk by 4.5% in 2007. Although Netflix’s sales were growing, Netflix’s CEO, Reed Hastings, knew they had to future-proof the business.

That was the second significant change. They went all-in on video streaming rather than focusing on improving the quality of physical delivery and managing the logistics.

But the problem was the technology to support this plan didn’t quite exist, so Netflix took a risk and launched its streaming service called “Watch Now.”

No one else was investing the kind of time, energy, and capital into building a comparable product, so by the time everyone caught on, Netflix had become the best streaming service.

So while there was no customer demand (driving force), a lack of tech advancement (restraining force), Netflix bet big on streaming, and it paid off.

Cut to now, and Netflix has rolled out several changes to satisfy its users:

You can see how the above changes help to reinforce the positive force field influencers and reduce the negative impact of those pushing against the company’s change.

In reality, all the steps of change models cannot be implemented nor put in practice as stipulated by the theories as you’ll soon see.

Change agents may skip some steps, so it is pretty difficult to isolate all the different models, but here’s a sample of all the change models at play when Netflix changed its pricing tiers.

Change management has been around for decades. But even the best, well-intentioned change projects fail. In fact, the data for change project failure rate has stood at 70% for a long time.

But according to consulting firm BCG, we’ve gotten worse at it. “75% of transformation efforts don’t deliver the hoped-for results.”

Of all the reasons that your change project could go wrong, don’t allow user adoption to be one of them. One of the most crucial aspects of change management, getting employees to accept and commit to these changes, can only come when you invest in training and perhaps re-training.

But employee learning cannot be siloed. Expecting them to go through major changes while accomplishing what’s already on their plate is a recipe for disaster.

Digital adoption platforms such as Whatfix can help you fix that. With Whatfix, you can get the support you need to help your implementation succeed. Employees receive support in the form of in-app content and access to training resources, helpful tips, product tours, interactive tours without ever having to leave the platform.

The help employees receive is context-aware and personalized with the ability to be delivered in a format that they’re most receptive to—video, PDF, or task lists. So adoption can occur at their pace, and your change project is more likely to succeed.

1. What are alternatives to the force field analysis?

You can use a range of decision making tools to either complement or replace the force field analysis such as the cost/benefit matrix, scenario analysis, SWOT, or Pareto analysis.

2. What are the advantages of the force field analysis?

Some of the advantages of using the Force Field Analysis are:

3. What are the limitations of the force field analysis?

Like with any theory, force field analysis has a few disadvantages: 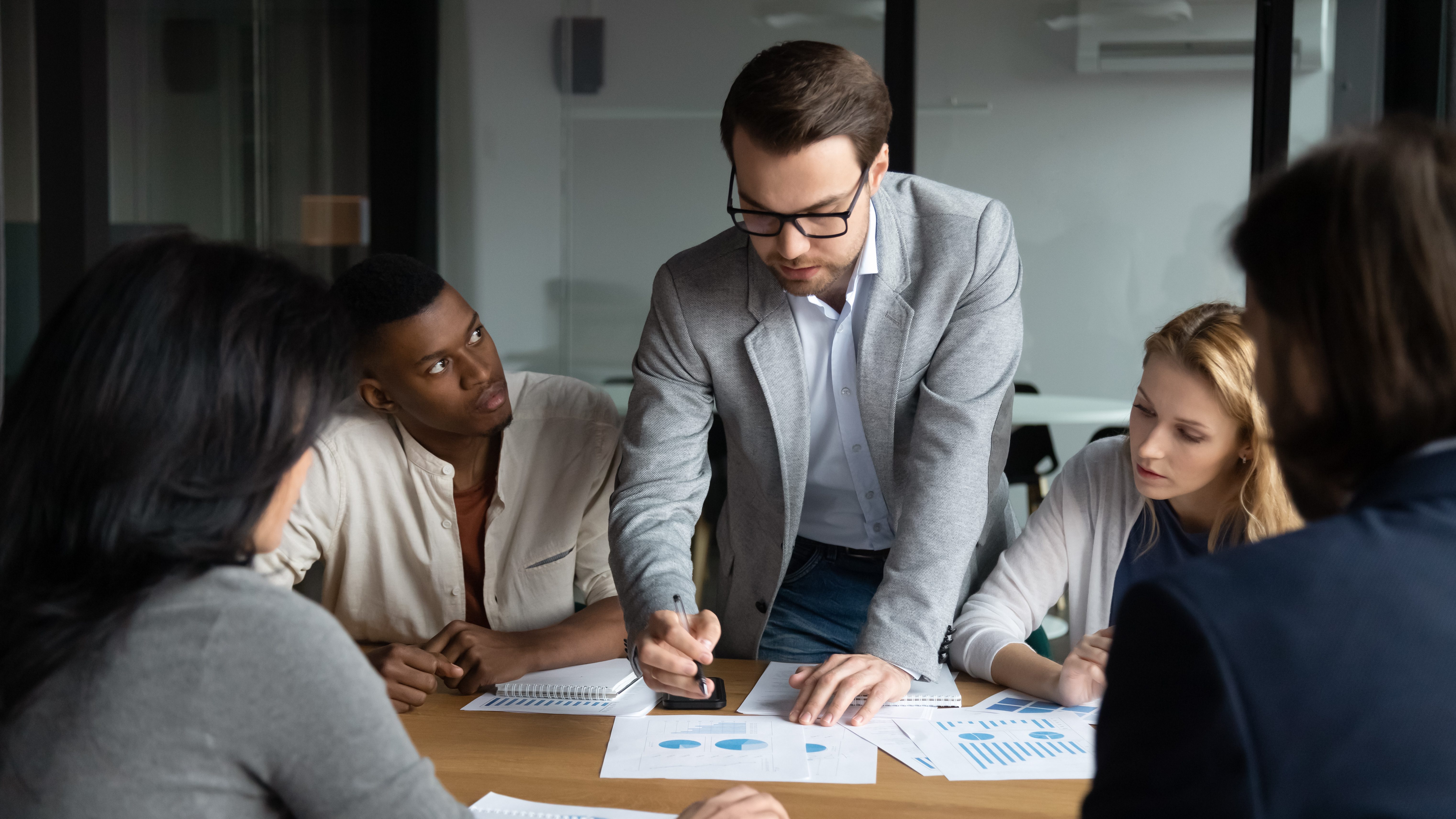 The Kübler Ross Change Curve in the Workplace (2022) 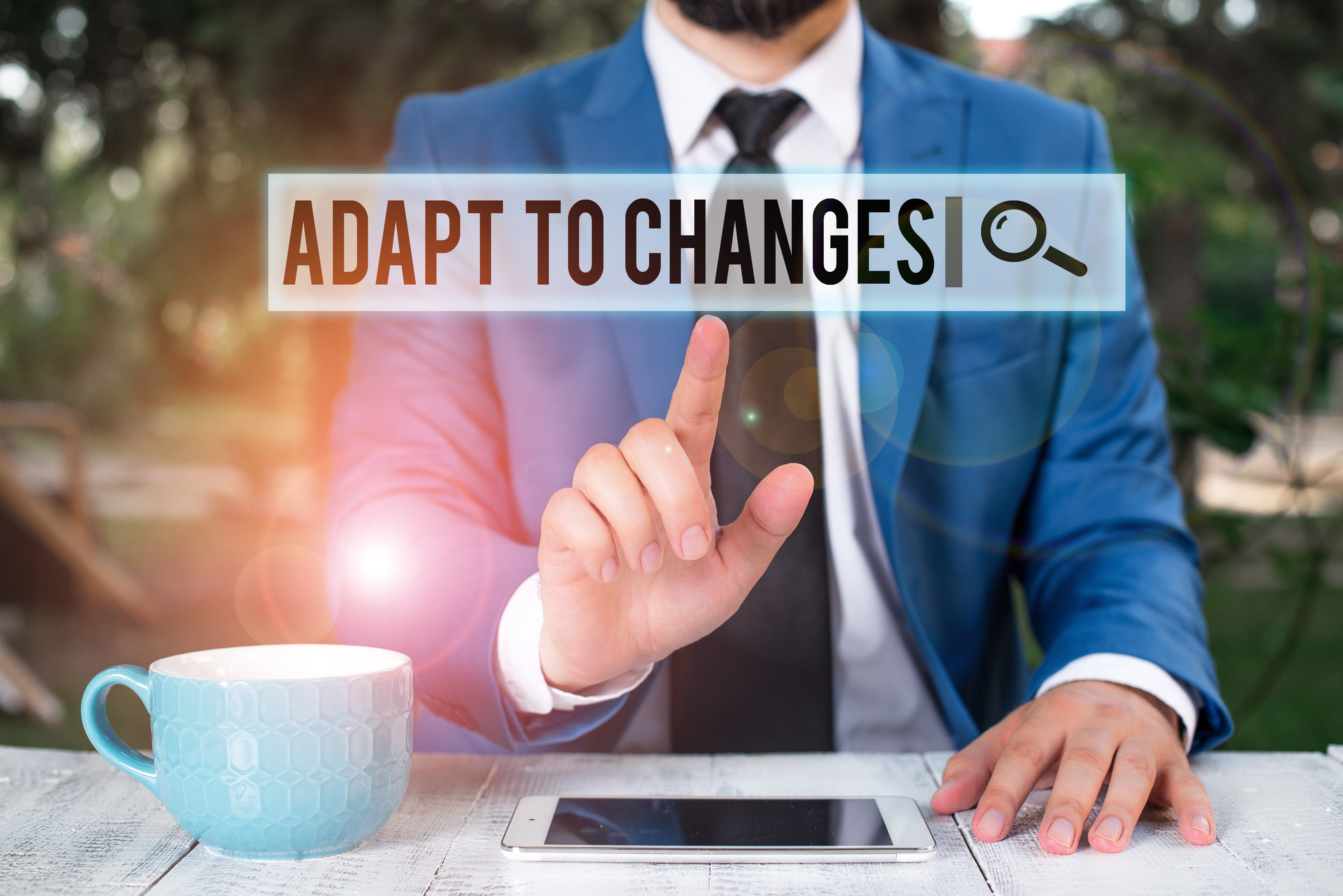 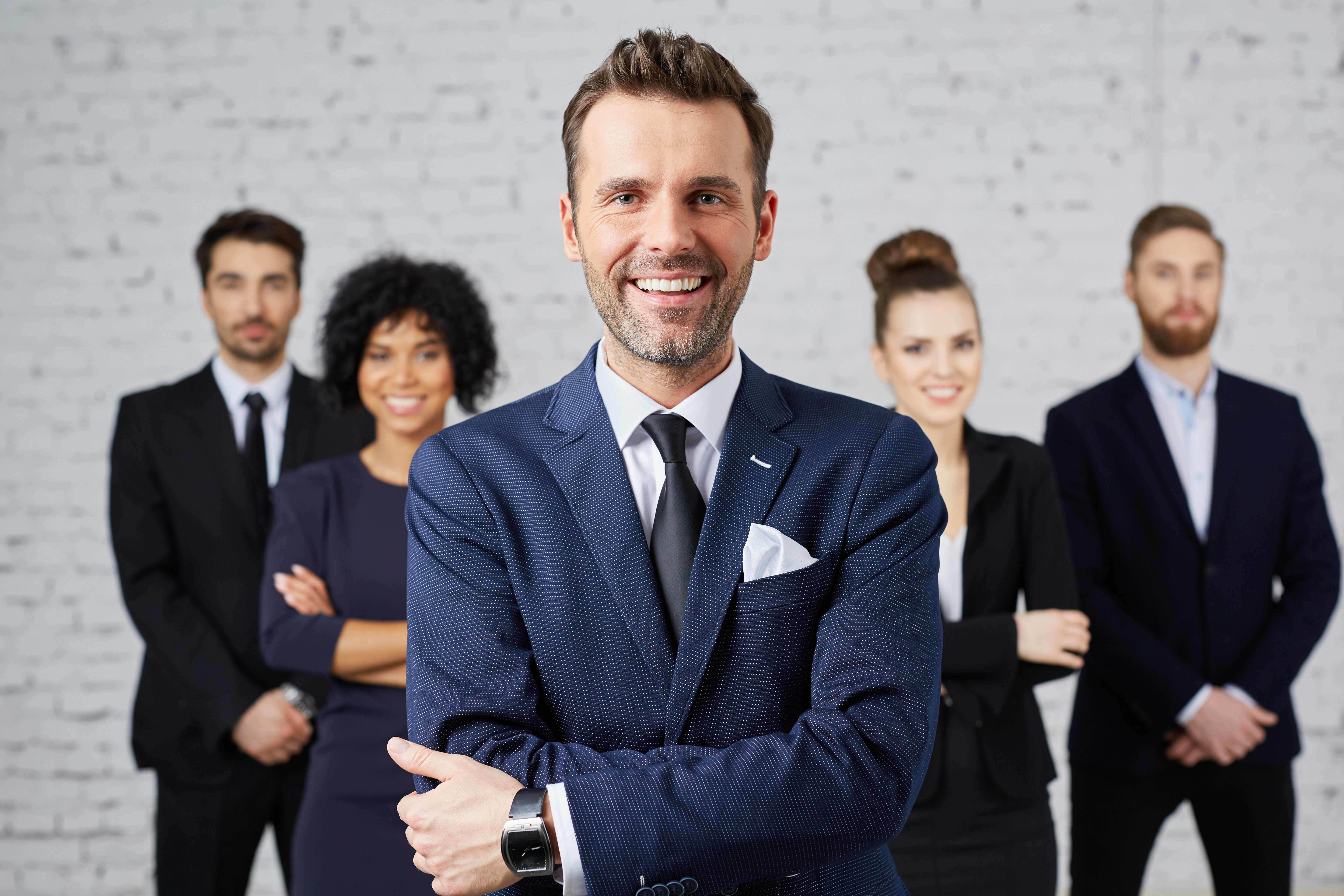 Become a better change agent by subscribing to our monthly newsletter.
The Whatfix blog is enjoyed by over 150,000 monthly readers!