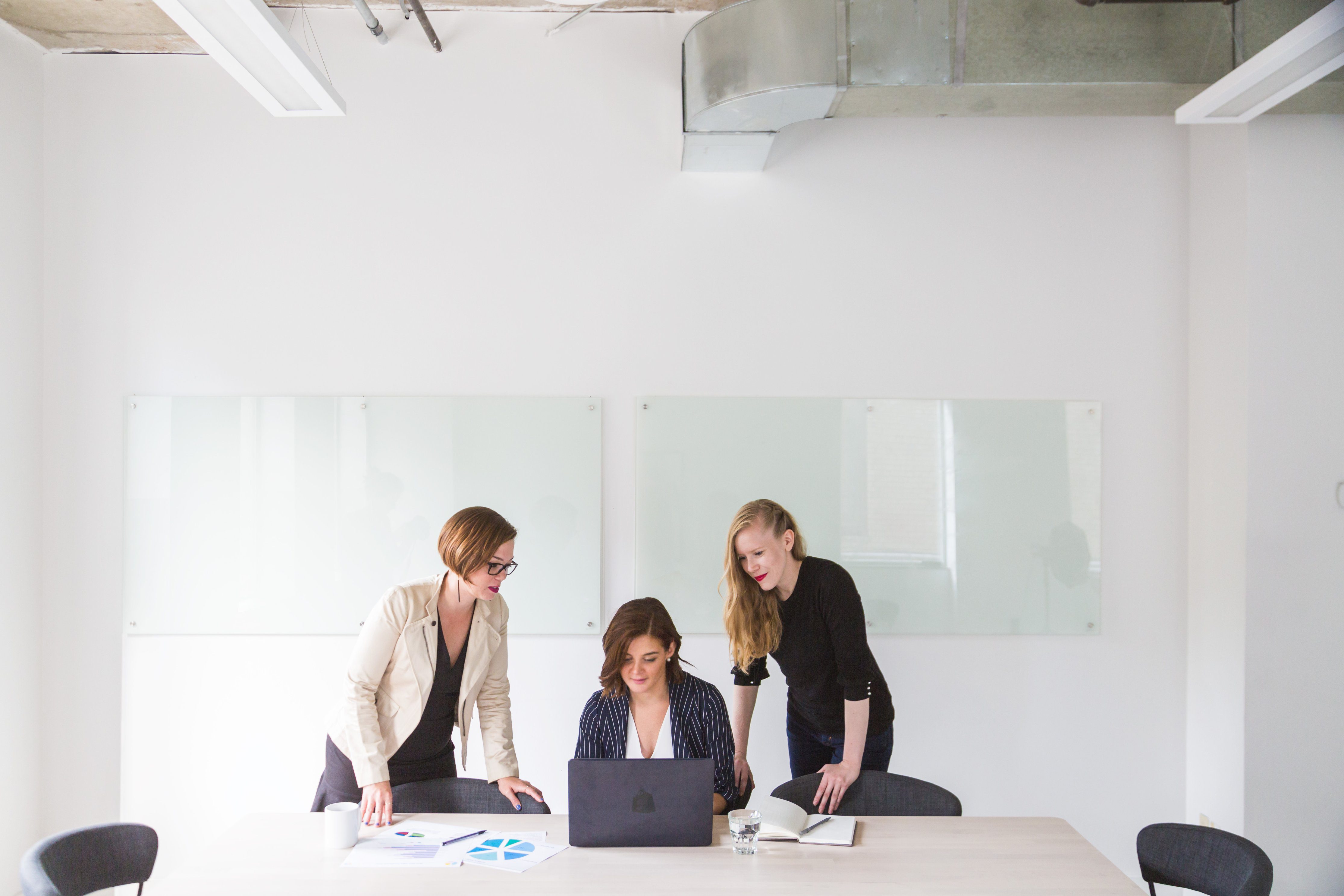 Only 8% of companies involved in a recent McKinsey survey said “their current business model would remain economically viable if their industry keeps digitizing [products, services, and processes] at its current course and speed.”
Clearly, digital transformation has a positive economic impact, but what does it mean to be “economically viable”? To investigate further, we looked into digital transformation initiatives from well-known companies such as Tesla, IBM, Target, and Geico and discovered four major advantages of embracing new technologies.

While it may seem risky to make big changes during downturns, digital transformations empower companies to adapt and scale their business during uncertain times.
Major retail store Target took a risk during the 2000 economic downturn by investing in a business-to-business electronic marketplace, Worldwide Retail Exchange. The web-based marketplace facilitates transactions between retailers across industries. This move, combined with marketing efforts, led to a 50% increase in profits.
New York City farm-fresh market Local Roots NYC also adjusted to a downturn in response to the Covid-19 crisis. Prior to the pandemic, Local Roots NYC was a predominantly in-person business, making only 50 deliveries a week. But as stay-at-home orders and social distancing protocols kept more people at home, Local Roots NYC had to adapt.
By leveraging OptimoRoute’s schedule and route optimization platform, Local Roots NYC was able to scale their business, increasing deliveries from 50 to 400 per week in just under one month. The average U.S. household spends $100 on groceries each week. So even if Local Roots NYC averaged half of that amount, at $50/order weekly sales would increase from $2,500 to $20,000.

Key takeaway: Investments in Adaptability Can Lead to Big Returns

Both Target and Local Roots NYC took a chance when they put money into a digital initiative in the middle of an economic crisis, but the payoffs were significant. Up-front investments in digital solutions led to a 50% increase in profits for Target and a 700% increase in sales for Local Roots NYC.
The key was finding a way to transform operations in a way that allowed the companies to reach more customers. Target expanded sales through a web-based marketplace, while Local Roots NYC used technology to optimize their delivery operations. Transformations that allow businesses to adapt quickly and effectively result in growth even during uncertain times.

Digital initiatives often cut down on manual work, so they reduce labor costs and increase overall productivity.
Robot process automation (RPA) — one of the top digital transformation trends — is a great example. It can be used to complete tasks for one-third of the cost of a human employee.
When Sprint’s tax department faced a lack of resources, they used Automation Anywhere to create 50 automations. Within six months, the automations saved Sprint 20,000 hours of human labor. At an average hourly rate of $26/hour, that’s $520,000 saved.
But more importantly, those 20,000 hours saved allowed their employees to focus on more high-value work instead of mundane manual tasks. After the initial launch, Sprint employees in nontechnical roles began seeking out ways to automate parts of their work as well.
A major insurance company focused their digital transformation efforts on improving employee onboarding and training for an internal application. With the help of Whatfix’s Digital Adoption Platform (DAP), the company was able to create self-guided walk-throughs that led to faster onboarding and saved 4,300 hours of training time. 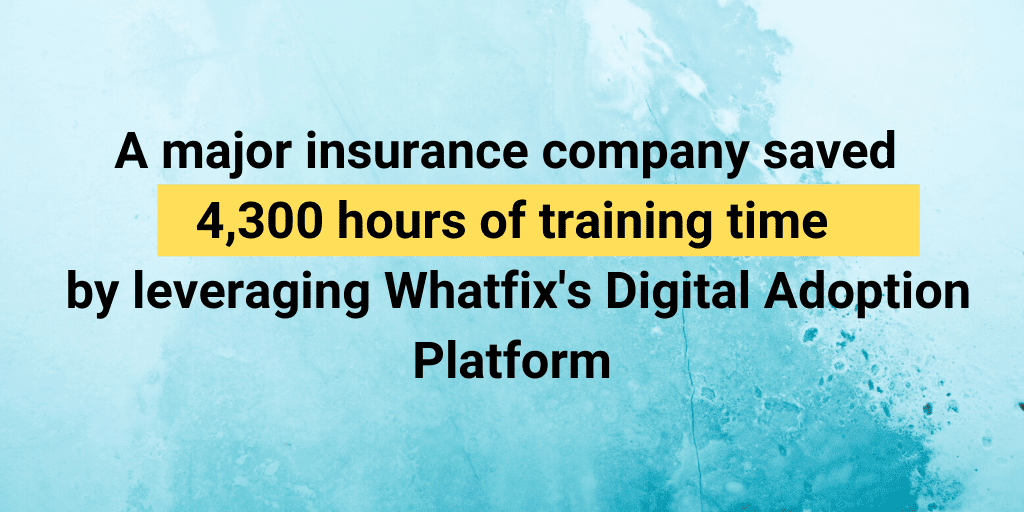 At an average rate of $25/hour, that’s $107,500 saved during the pilot program with 150 employees. Geico plans to expand the program to 4,000 employees, which could save the company millions. But cost savings are only part of the story. Using Whatfix’s DAP also sped up onboarding time by 10% and increased the new-hire satisfaction rating to 96%.

While saving millions in labor costs has an immediate positive impact on your bottom line, the indirect benefits of increasing productivity are notable as well. Sprint and Geico did not turn to digital transformation to eliminate employees. Instead, they leveraged digital tools to use company budgets wisely.
Both companies saved time and money by leveraging digital solutions, but the goal wasn’t necessarily to slash the budget. When you free up skilled workers’ time, you can reallocate the savings to invest in higher-value work. So, instead of paying employees to administer or sit through software training, you can invest in more experienced staff or encourage teams to work on new business initiatives.

Increased Competitiveness in Your Industry

When you make digital transformation a priority, you’re likely to get ahead of your competition by adopting new technology before them.
Tesla, for example, was the first automaker to perfect the electric vehicle. Other auto manufacturers had a chance to purchase Tesla (and all the electric car plans) but held off on the move toward electric cars. Tesla now dominates the space, and its competitors have spent more than $20 billion trying to catch up to Tesla’s success.
Unlike Tesla, IBM was slow to embrace digital transformation, and the once-successful corporation suffered the consequences. When IBM stubbornly held on to traditional mainframe-based IT solutions and avoided the shift to cloud computing, it quickly fell behind competitors like Apple and Google. By the time IBM began migrating to the cloud, Amazon AWS, Microsoft Azure, and Google Cloud had already taken a considerable lead, and IBM’s revenues were on a steady decline.
Not only did IBM lose profitability, but the company also suffered loss of talent. Without revenue, IBM could not afford to keep high-paid, experienced employees on their payroll. To reduce costs, IBM laid off experienced employees and replaced them with lower-paid, less experienced staff.

Key Takeaway: Forward-Thinking Transformations Give You a Competitive Edge

Here we have a tale of two companies: one that took the lead and held onto it, and one that has spent years scrambling to catch up. The difference was timing. Tesla transformed their auto manufacturing long before electric cars were on their competitors’ radars. Years later, Tesla still holds the largest market share for electric vehicles. IBM, on the other hand, didn’t act quickly and has steadily lost revenue and talent ever since.
Tesla and IBM may operate in different industries, but the lesson remains the same. Thinking about how today’s digital initiative will affect future business is key.

Ninety-three percent of companies report spending money on shelfware — unused or underused software applications. Prioritizing user adoption as part of your transformation plan helps you avoid low adoption rates, which could save you millions of dollars.
The average company with 200-500 employees has around 123 SaaS applications. Even on the low end, at $50 per user per month, that’s $1.2 million in monthly fees for just 200 employees. For enterprise organizations, those costs are significantly higher. In fact, companies spend approximately $40 billion on shelfware every year.
Shelfware is often the result of a poor user adoption plan — you can’t transform without helping people learn how to use the new tool. Whatfix’s DAP combats shelfware by focusing on user adoption.
Leading global information services company Experian used Whatfix to decrease user adoption time for Salesforce from 8 months to 3. Because Experian employs over 16,000 people, Salesforce licenses could cost them anywhere from $400,000 to $4.3 million a month, depending on the pricing tier. Shaving five months off of user-adoption time saved Experian millions of dollars.

Investing in SaaS solutions and digital tools won’t help your bottom line if you’re paying for licenses that no one ever uses. The difference between a successful and a failed transformation often comes down to how you support the people meant to use what you introduce. 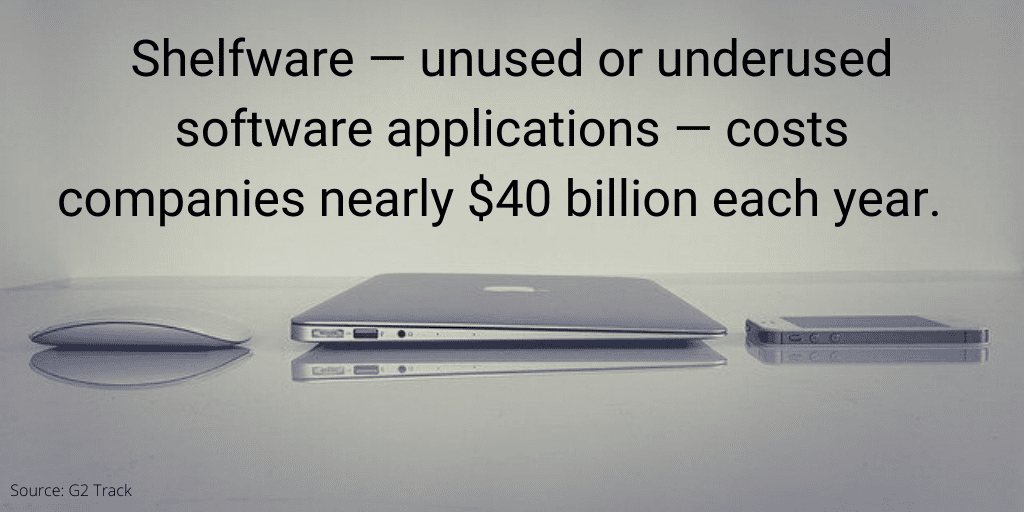 Digital adoption solutions, such as Whatfix’s DAP, give users the self-guided training and support they need to get up to speed quickly. DAPs provide microlearning opportunities that allow employees to learn in the flow of work, increasing user adoption while limiting the time and money spent on training.

All of the successful digital initiatives mentioned in this article had one thing in common: a well-thought-out digital transformation strategy that involved intentional implementation.
While it’s tempting to be the first to jump on every new tech trend, it’s important to start by analyzing the potential value for your organization. Remember, the economic impact of a digital transformation can be positive or negative. Mapping out everything from how the initiative will advance your business goals to how you plan to support your team throughout the transition is crucial.
When you’re ready to take the leap, Whatfix can help. Whether you are increasing automation, implementing new SaaS solutions, or building self-guided training options, our Digital Adoption Platform can support your efforts. Request a demo to see how you can use our DAP to push your transformation initiative forward.

How Does Digital Transformation Fit into Strategic Planning for Nonprofits?